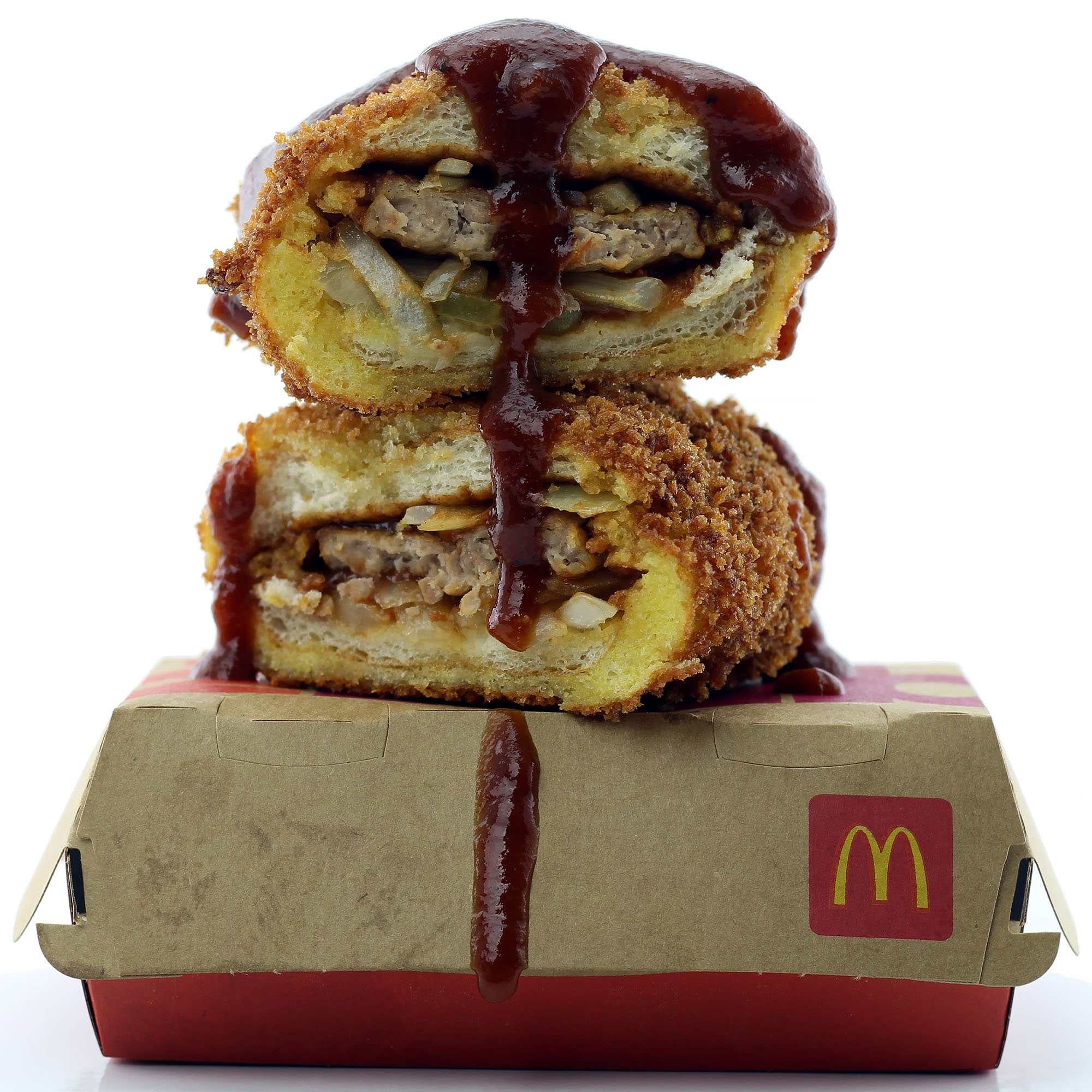 The McRib is back at McDonald’s for the first time nationally in a little over three years so I decided that the only logical way to celebrate would be to take one and deep fry it!

Although this isn’t the first fast food item I’ve deep fried it definitely ranks up there as one of my favorites!

8 years ago I made beer and bacon battered deep fried White Castle sliders, and since then I’ve deep fried everything from Taco Bell to a Burger King Whopper that I breaded in chicken nuggets. 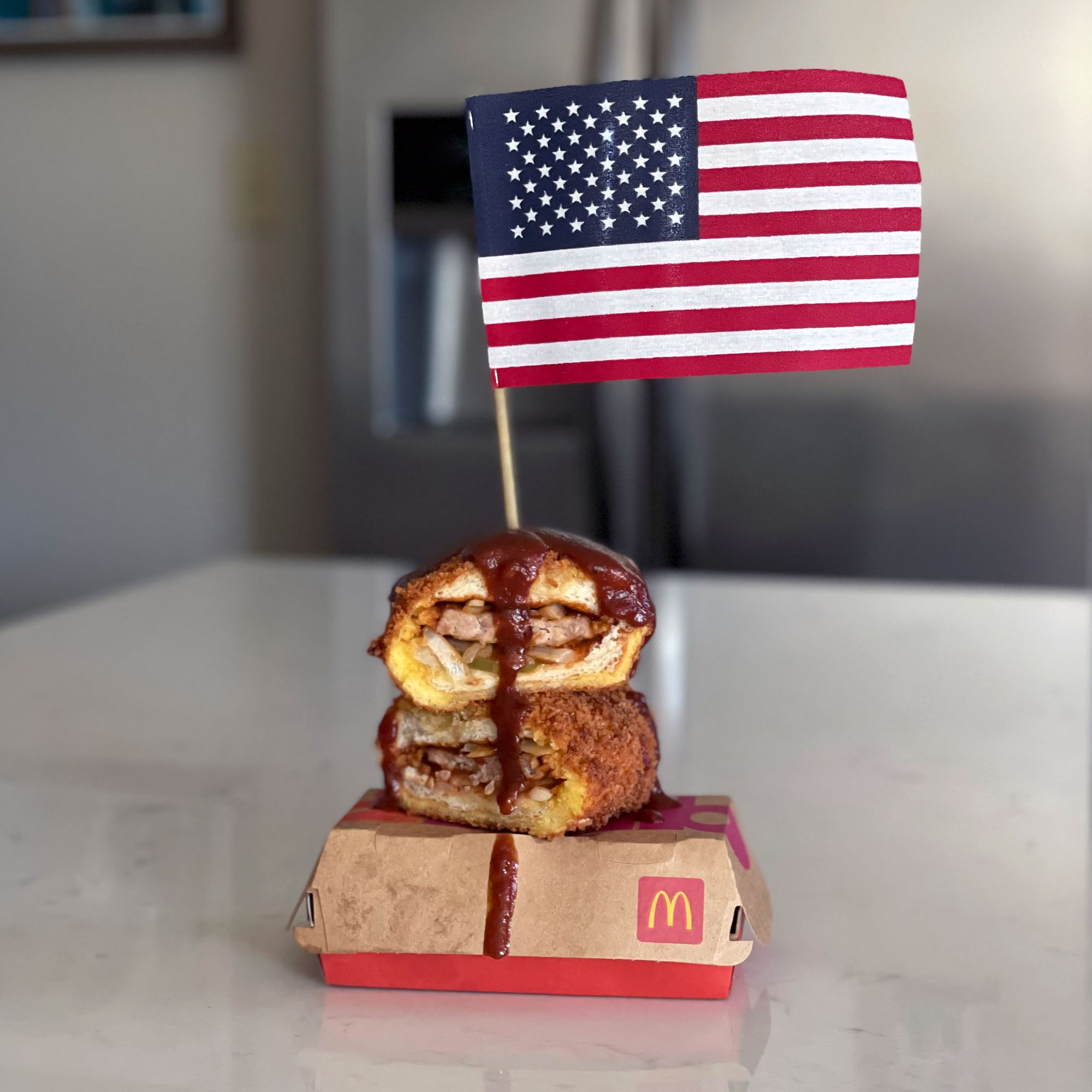 When it came to this McRib though I kept it nice and simple and just dipped it in egg wash, coated it in panko breadcrumbs and then dropped it in the deep fryer until it was golden brown.

Then I slathered it with and dipped it in a bunch of Bear’s Smokehouse BBQ sauce that my buddy The Vulgar Chef sent me because I feel like if there’s anyone that would enjoy a deep fried McRib as much as me it’s him.

Plus, McDonald’s wanted to charge me $1 for an extra thing of sauce but I decided that money could be better spent on a McChicken sandwich, so now my lunch consists of a deep fried McRib with a McChicken on the side…. 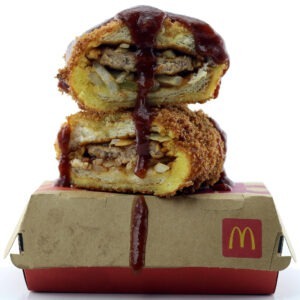