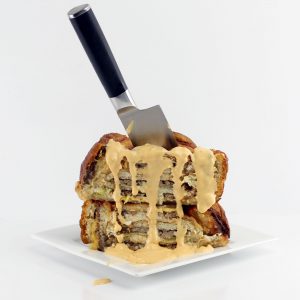 First it was a McDonald’s Big Mac breaded in French fries, then it was a Whopper breaded in Burger King chicken nuggets and now it’s another Big Mac — this time breaded in White Castle sliders. Apparently my new favorite pastime is breading fast food in even more fast food and deep frying it….

To accomplish my latest deep fried feat I basically followed the same steps that I did when I made the chicken nugget breaded Whopper — I poured beer batter over the top of the Big Mac, stuck five White Castle sliders to the sides of it and one on top of it, wrapped it in plastic wrap and aluminum foil, froze it for a few hours and then deep fried it.

Unfortunately, the closest White Castle is about an hour drive from my house — which is a damn travesty — so I had to use their frozen sliders that they sell at the grocery store. Still delicious, but just not quite the same….

On the plus side, since I was freezing everything prior to deep frying it anyway I just stuck them right to the Big Mac without heating them up first, which actually helped them stay together.

After about six minutes in the deep fryer I drizzled ketchup over my White Castle Slider Breaded Big Mac, sliced it in half, dipped it in Big Mac Sauce and took a bite. It was amazing….

Honestly though, only eating a quarter of this thing, or maybe half of it at most would have been more than enough for a meal. Because I have zero self control when it comes to food though I sat there and finished the entire thing….

Remember how I said that although I loved the Chicken Nugget Breaded Whopper I felt a little disgusted with myself after eating it? As I took the final bite of my White Castle Slider Breaded Big Mac I felt like that exact same way times about a hundred. Seriously, I never thought that a day would go by when I wasn’t in the mood for McDonald’s or White Castle, but after finishing this monstrosity I wasn’t hungry for either of them for a good three or four days! 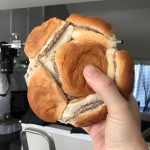 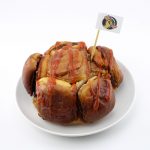 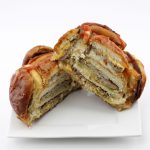 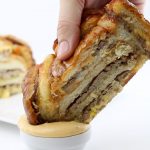 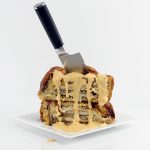