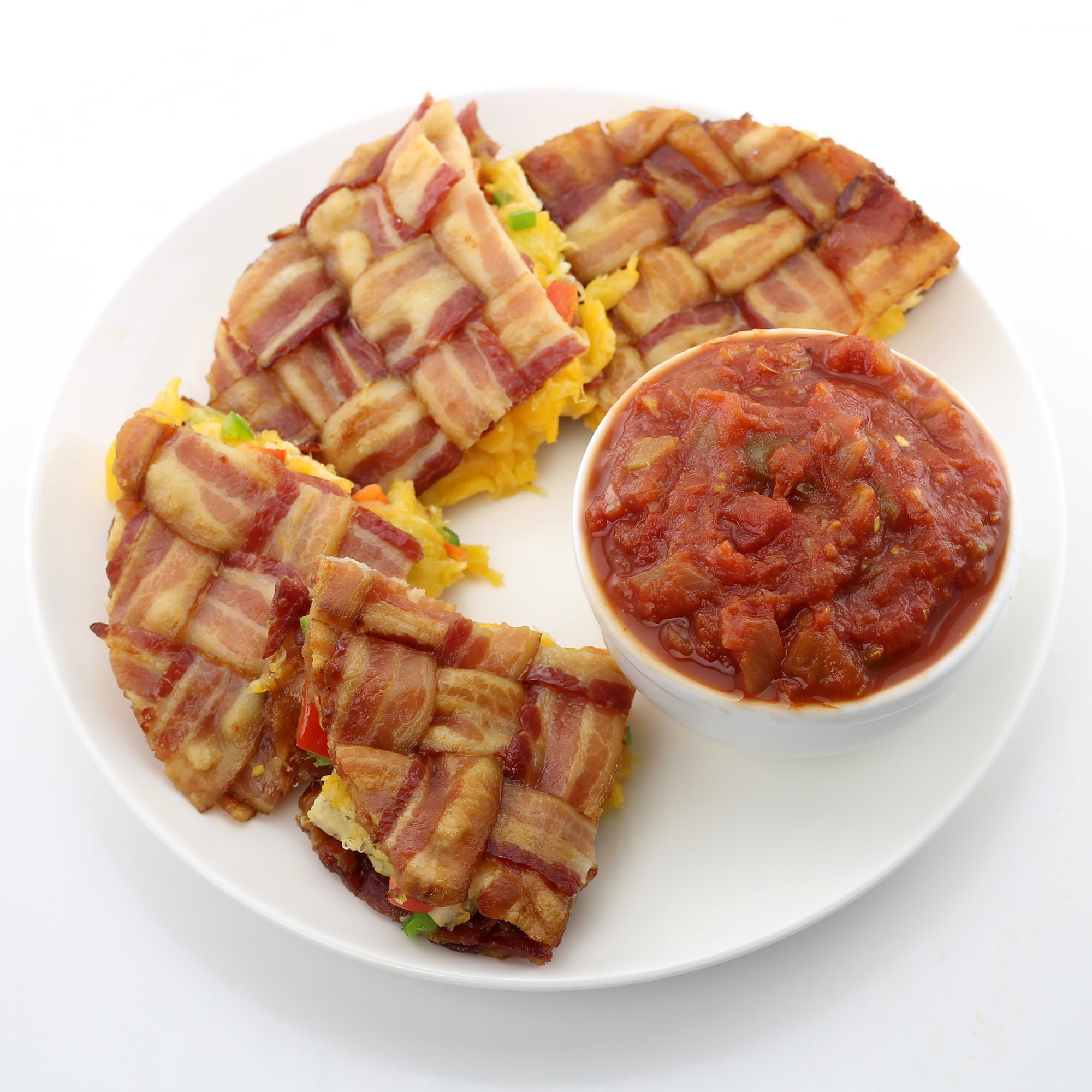 I heard that you can lose a ton of weight by following a keto diet while still basically eating as much as you want so I figured I’d give it a try.

You obviously can’t eat tortillas while following a low carb diet, so what was I supposed to do when I was a mere 12 hours into this new lifestyle and wanted a quesadilla? Well, I suppose I just could have gone to the grocery store and purchased some low carb tortillas, but where’s the fun in that?

What is fun is taking an absurd amount of bacon, weaving it into a couple giant squares, baking them in the oven, cutting them into circles and using those two circular bacon weaves as tortillas for a quesadilla instead. 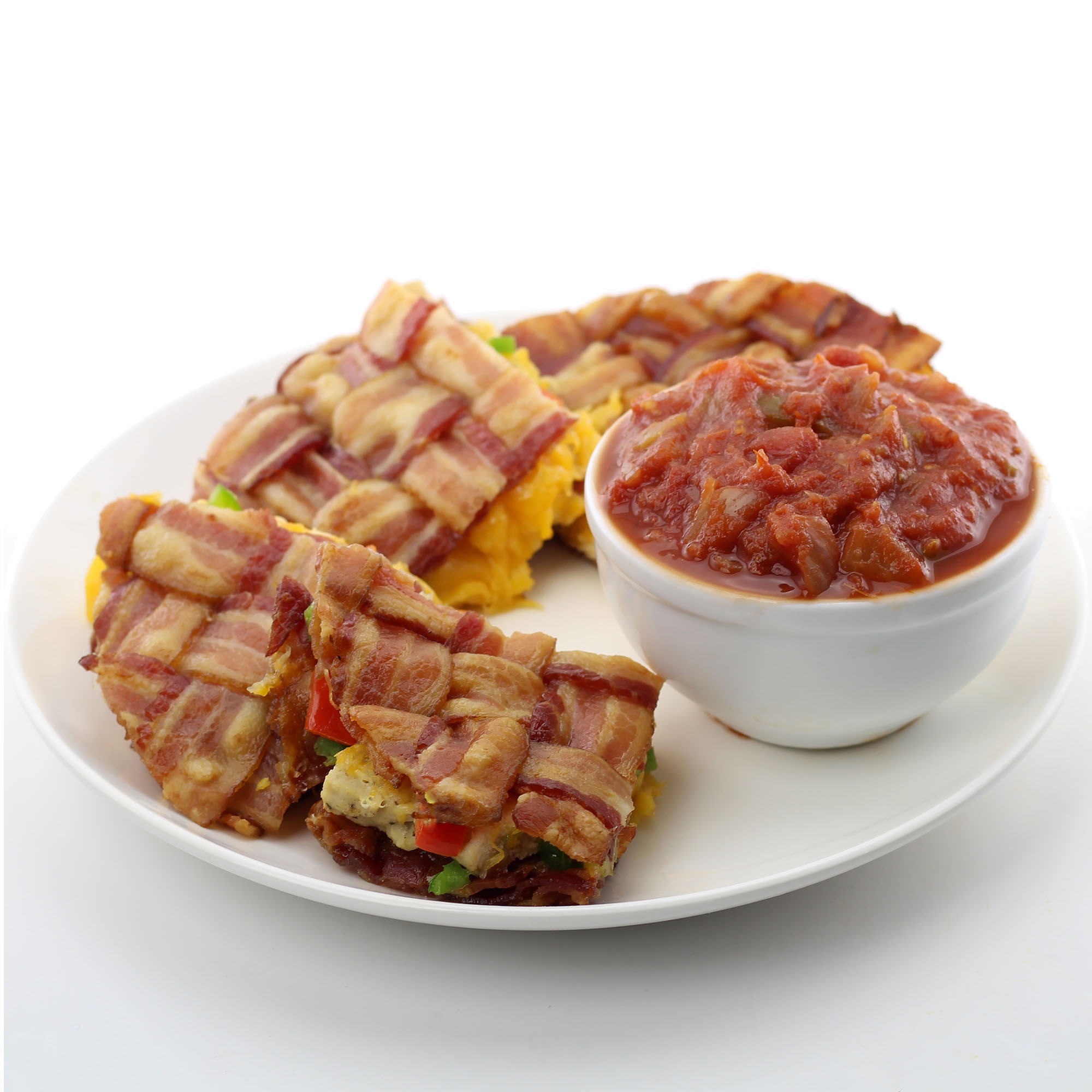 The steps are the same ones I followed from back when I made my Bacon Weave Breakfast Tacos, which themselves were just a breakfast version of the original Bacon Weave Tacos that I made way back in 2013. Rather than hanging them over kabob sticks and throwing them back in the oven to form them into a taco shell shape though I just took the two circular bacon weaves and used them as my tortillas.

I filled my quesadilla with a three cheese blend, diced green peppers, diced tomatoes topped it with salsa. It was the perfect combination to go along with almost two pounds of bacon.

Is eating 32 slices of bacon in the form of two tortillas healthy? Probably not. Will it help me lose weight because technically it’s keto? Absolutely! 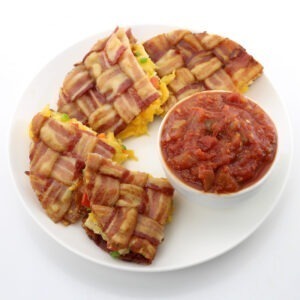