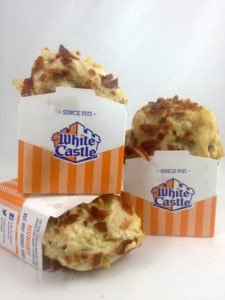 Have you ever thought to yourself, “Man, I love fast food, but sometimes it just isn’t unhealthy enough?” No? Come on, I can’t be the only one who has ever had that thought!

Alright, so maybe that wasn’t quite what was on my mind when I decided to deep fry some White Castle sliders in aÂ  batter that consisted of beer and bacon, but sometimes you just get tired of the same old thing and want to try something different.

My love of burgers topped with eggs has previously led me to combine White Castle burgers with fried quail eggs, but with no eggs on hand this past weekend I had to come up with something new. That’s when I decided to try whipping up a beer and bacon batter.

Now, I’ve beer battered plenty of things before, but I’ve never tried adding bacon to the mix as well and wasn’t sure how well it would work out, but it ended up tasting amazing. All I did for my batter was combine equal amounts of beer and flour and then stir in some diced up pieces of fried bacon and I was set!

It’s funny because with regular sliders I feel like I can sit there and keep eating and eating them and never get full. With these beer and bacon battered White Castle sliders however my hunger ceased after only a few. I still ate five of them, but that’s mainly just because they were so good that it was impossible to stop myself until they were all gone.

After I finished them I drove to White Castle, bought another bag of burgers and began the same process all over again. OK, that last part didn’t really happen, but if there was a White Castle closer than 30 minutes away from my house I definitely would have gone back to restock! 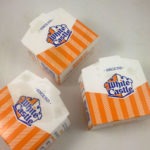 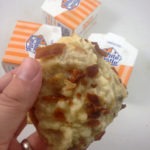 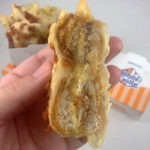 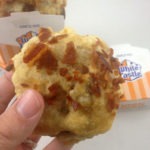 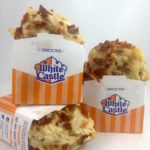 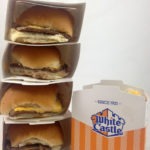