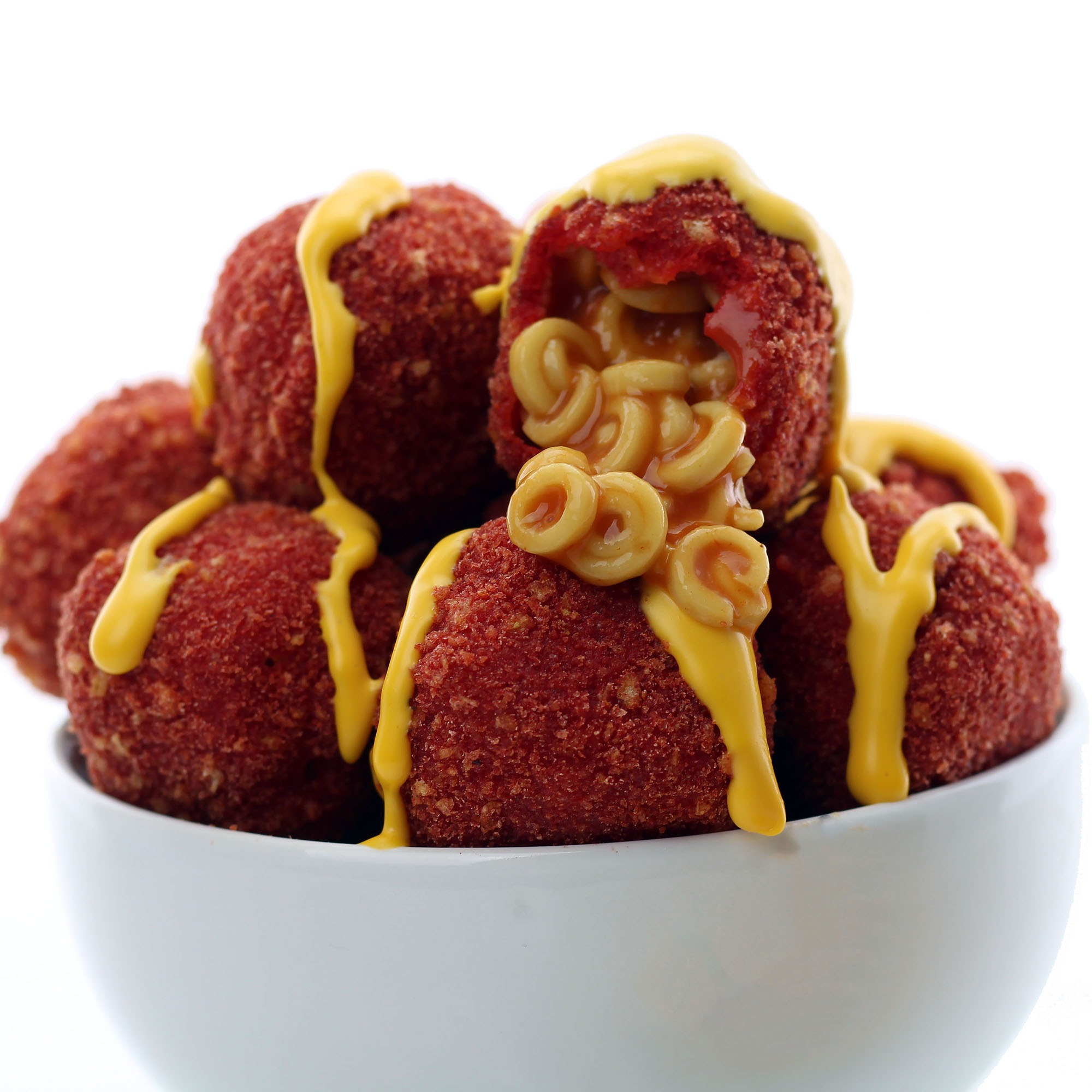 Back in November I was on the FoodCrush Podcast talking about how this here blog got started, how reality cooking shows are fake, how BuzzFeed Tasty likes to steal ideas from food bloggers and a whole slew of other fun stuff. If you want to listen to the episode you can check it out here.

As Lori and Matt — the co-hosts of FoodCrush — were talking to me Matt suggested that I try deep frying SpaghettiOs. Seeing as how I’m always down to throw something new in my deep fryer I told him that I’d get right on it.

Well, being the slacker that I am I finally got around to it three months later! On the plus side, I’m happy to report that the wait for these was more than worth it because they ended up tasting great!

To create my masterpiece I took a can of SpaghettiOs, emptied them into an ice cube tray, froze them, breaded them and dropped them in my deep fryer. A silicone ice cube tray works best for this since it makes it super easy to pop the SpaghettiOs cubes out after they freeze.

I’ve had the one I used in the video below for years now and don’t even remember where I got it, but this ice cube tray

from Amazon looks pretty similar to the one I used.

So Matt, thanks for the amazing idea and I promise that the next time you give me one as good as this one I won’t take three goddamn months to make it happen. 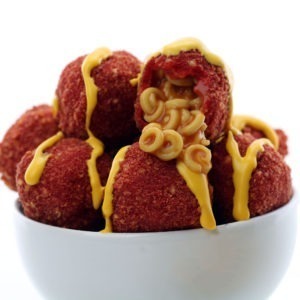