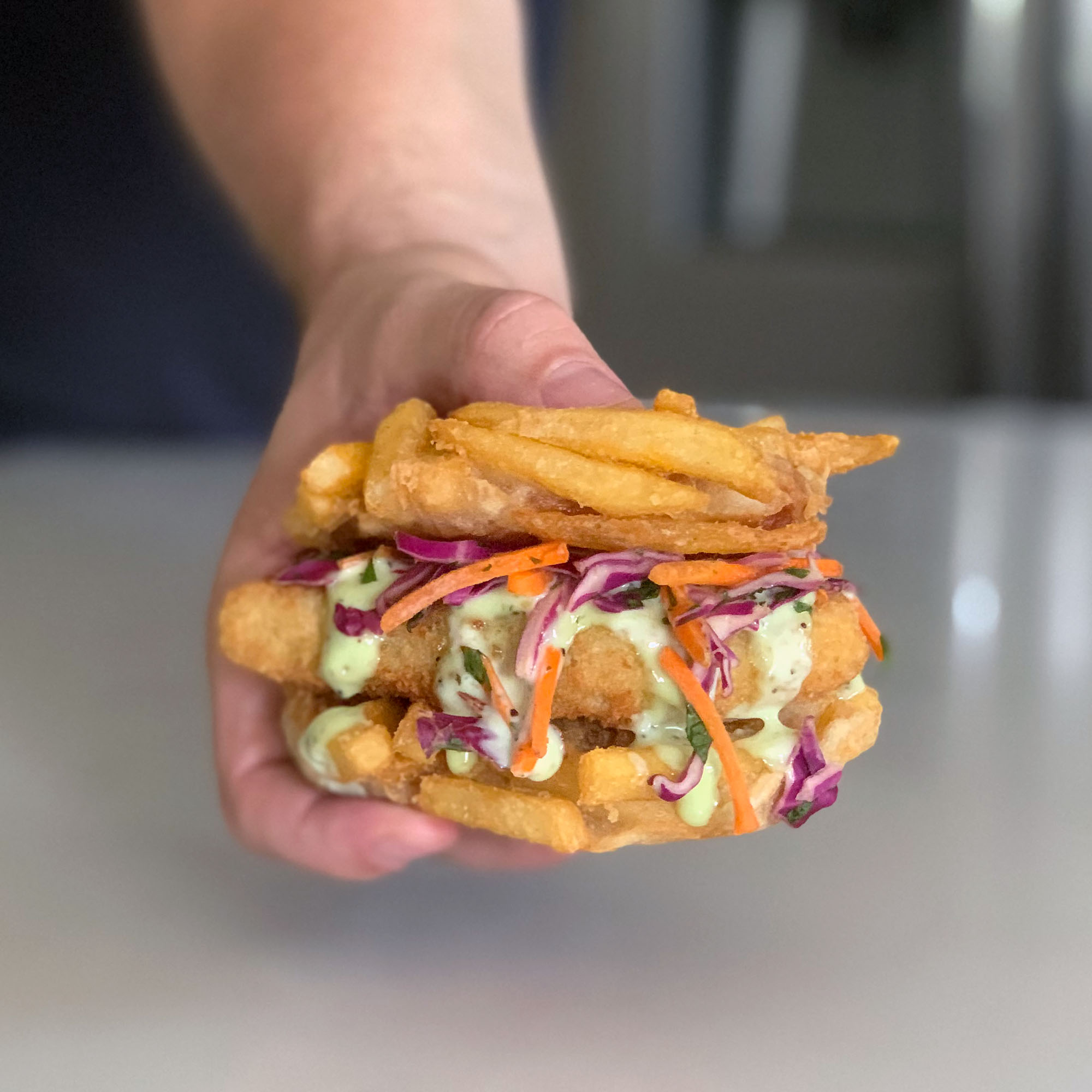 Back in February I created a recipe for Gorton’s using their Beer Battered Fish Fillets where I used waffle fries as buns to make bite-sized Fish Fillet Waffle Fry Sliders.

What do you do if your hunger is a little more substantial though? Well… you can either eat five or six of the sliders or you can pick up a box of Gorton’s new Premium Cod Fillets and follow the recipe below to make these amazing sandwiches that have full-size French fry buns!

I’ve used this same French fry bun recipe before when making burgers, but they pair just as well — if not better — with fish. Seriously, I made four of these sandwiches and ended up eating them all in the span of an hour.

To complete the cod fillet sandwiches I whipped up the same homemade cilantro jalapeño sauce and red cabbage coleslaw that I used for my fish fillet sliders. The great thing about the coleslaw and the sauce is that they’re both so light that it almost sort of convinces you that you’re not eating deep fried French fry buns.

If you have a favorite coleslaw recipe or want to just use store-bought coleslaw and bottled sauce then by all means go for it, but I can guarantee that it won’t taste as good or pair as well with the cod fillets as the coleslaw and sauce recipes below. 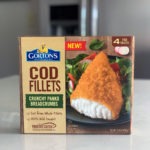 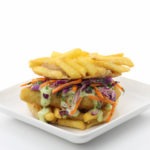 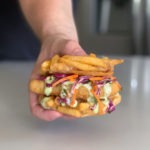 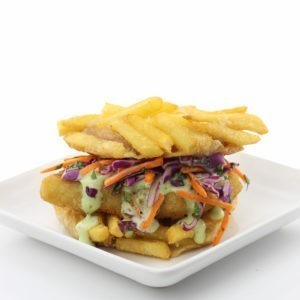