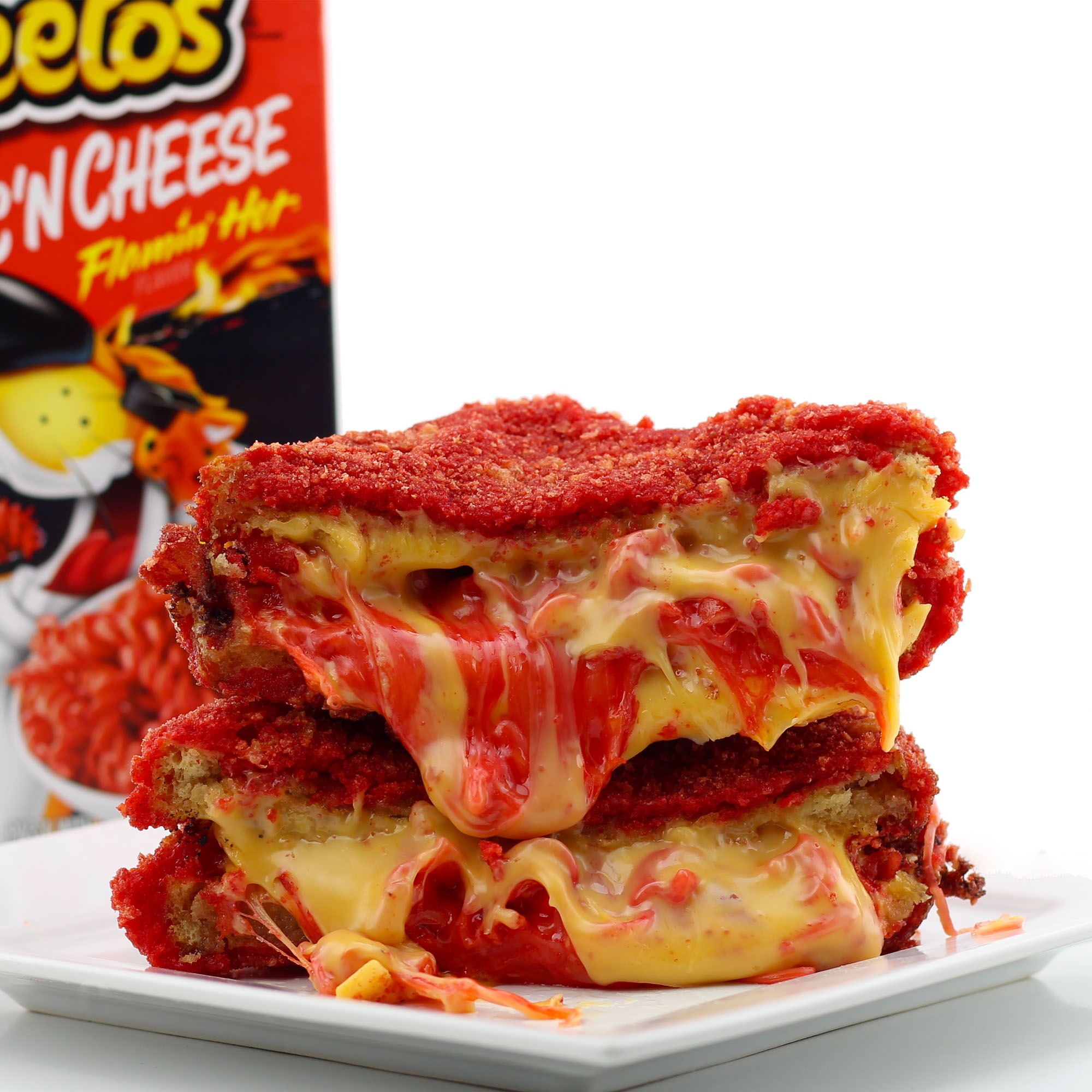 Last week Cheetos sent me a box full of of Cheetos Mac ‘N Cheese, bags of Cheetos and other assorted swag and asked me to show them my #CheetosMacHack. They even included a card with a couple recipes on it.

For my #CheetosMacHack I started off by making a box of Flamin’ Hot Cheetos Mac ‘N Cheese and then mixed in a bunch of extra shredded Cheddar and mozzarella cheese to make sure it was extra cheesy. I then took a piece of toast, topped it with two slices of American cheese, an ample amount of the Cheetos Mac ‘N Cheese, two more slices of American cheese and a second piece of toast. Then I coated the entire sandwich in flour, dipped it in an egg wash, covered the entire thing in crushed up Flamin’ Hot Cheetos and deep fried it for a couple minutes.

I was actually planning on drizzling nacho cheese over the entire thing as well, but I’m pretty sure — and I never though I’d ever say this — that actually might have been too much cheese…. I did dip it in nacho cheese as I was eating it though, so I guess that’s sort of the same thing. 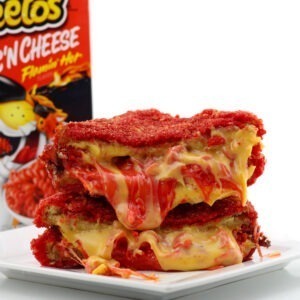