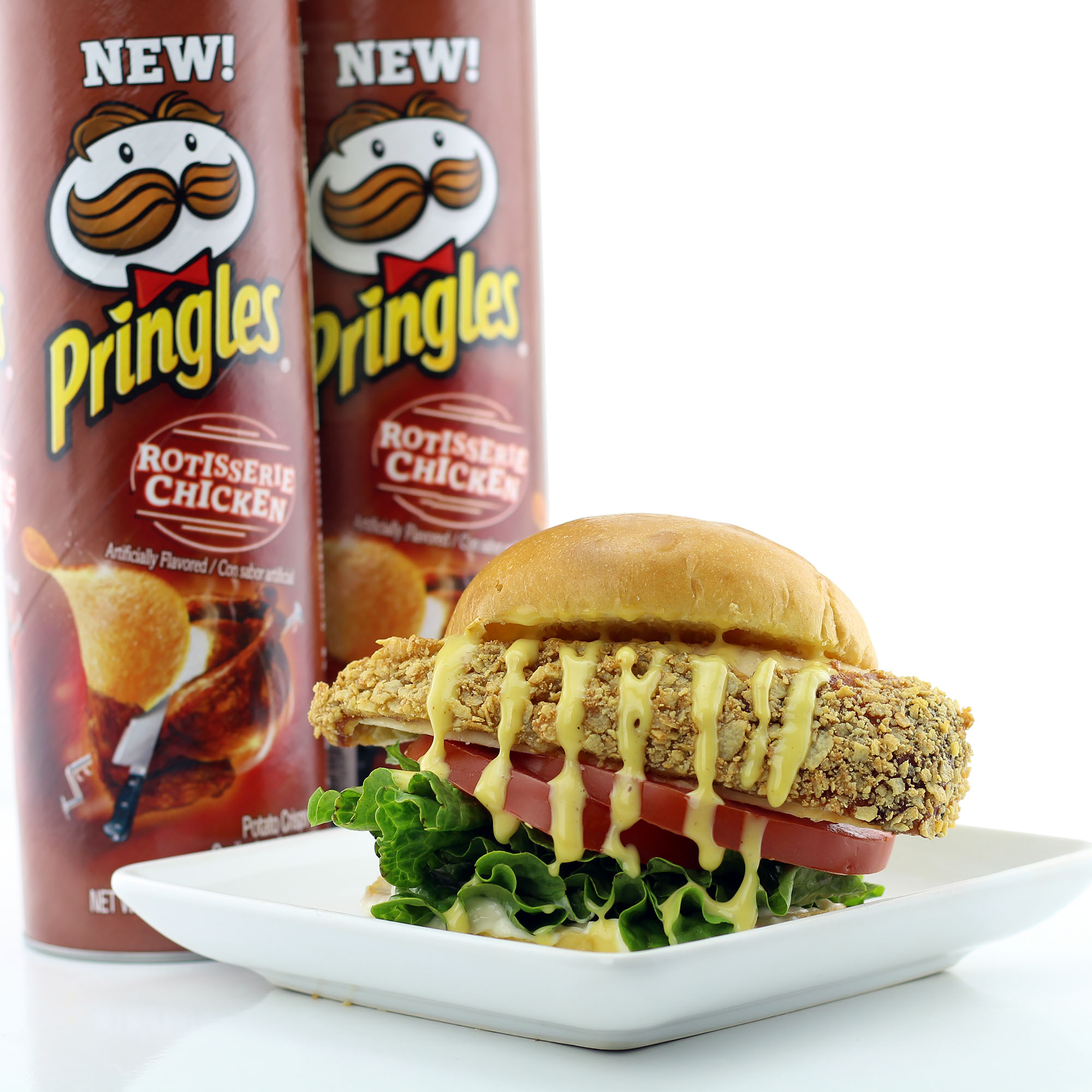 A while back I was tagged in a tweet from The Impulsive Buy that said “I want to make deep fried Costco rotisserie chicken using Rotisserie Chicken Pringles as the breading. Or wait for DudeFoods to do it, because he’d do it better.” Challenge accepted!

Fun fact: Did you know that Costco actually loses $30 to $40 million a year selling rotisserie chickens because they use them as a loss leader and refuse to raise the price higher than the $4.99 that they charge?

I guess it works out pretty well for them though because on the day I stopped in to pick one up for this blog post — which was the only thing I planned to buy that day — I also ended up walking out with a six pound bag of frozen meatballs, four pounds of sliced cheese, two 64 ounce jars of mayonnaise and a tub of spinach and artichoke dip that will probably last me two weeks.  It’s also probably why they keep the rotisserie chickens way in the back of the store…. 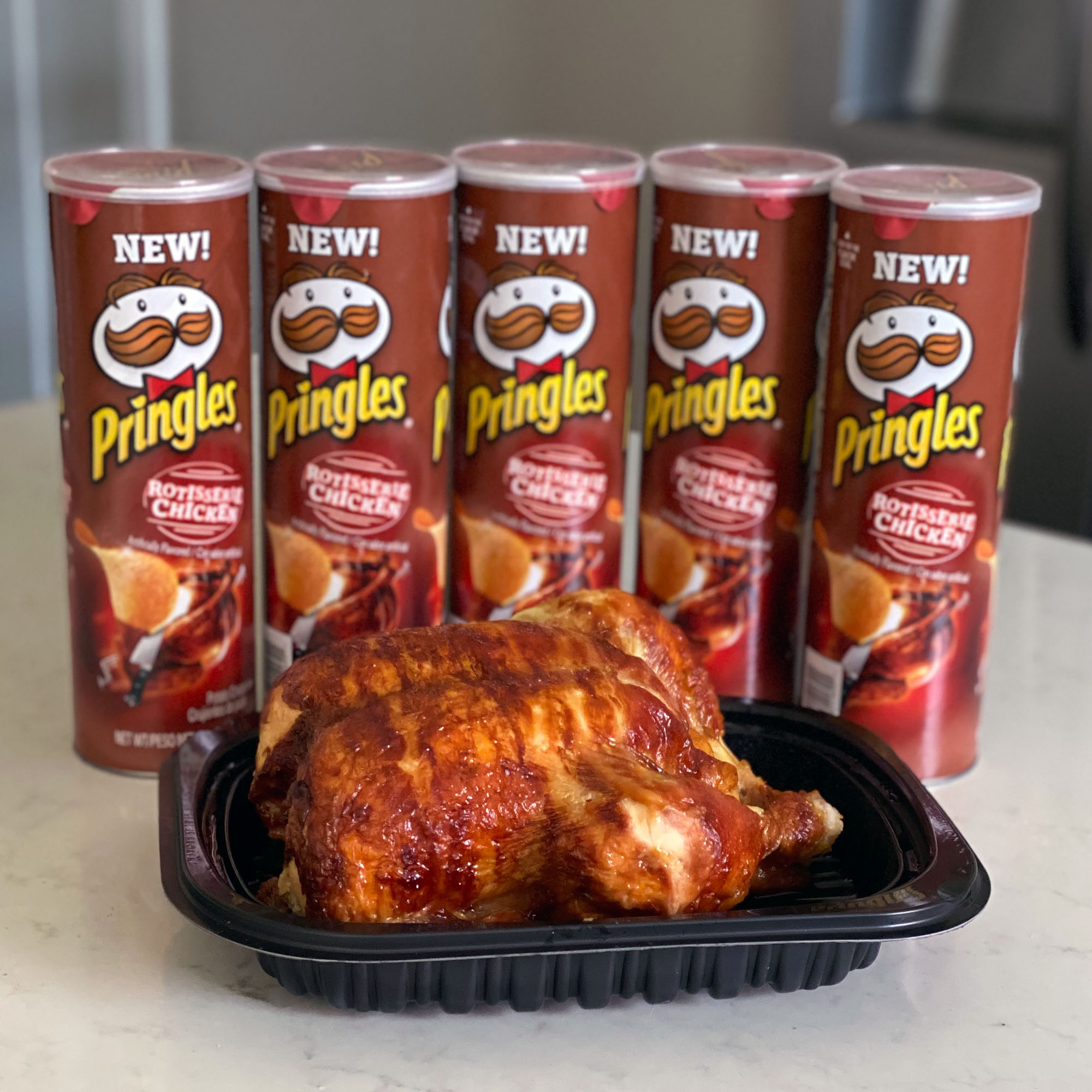 The Rotisserie Chicken Pringles on the other hand were a total pain in the ass to find. I went to five different places before I finally found them. In retrospect I probably should have just paid the extra few dollars a can and bought them from the random person I found selling them on Amazon but I also didn’t realize I was going to spend two hours driving around aimlessly when I initially set out to buy them.

Tastewise the Rotisserie Chicken Pringles remind me of a toned down version of BBQ flavored Pringles, which I guess makes sense since regular rotisserie chickens themselves have sort of a toned down BBQ taste as well. 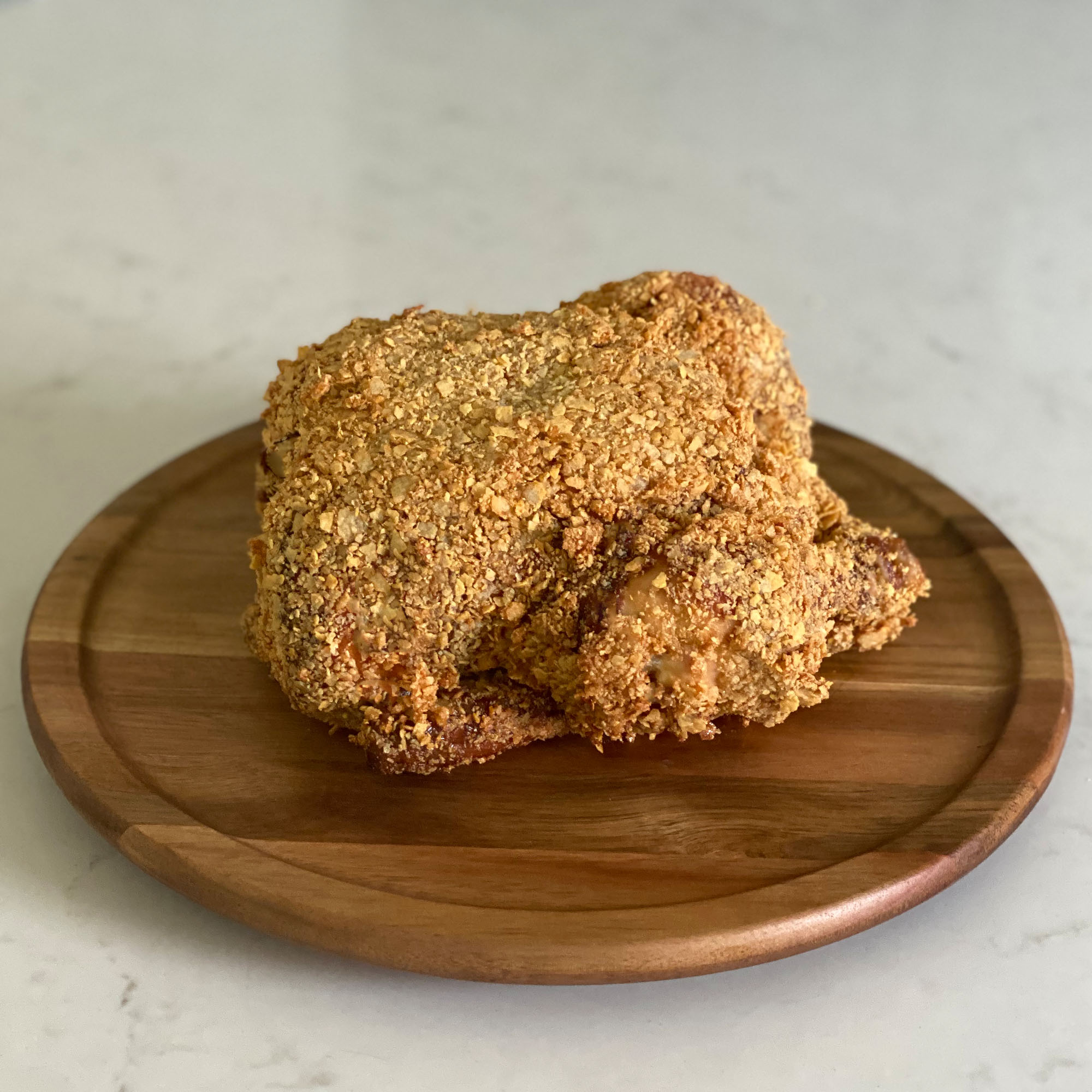 I definitely enjoyed them though. I’m not sure if it’s necessarily because they tasted so good or because after not eating Pringles for a couple years I was just jonesing for some stackable snack chips but I ate about half a can of them before I even started filming the video to go along with this blog post.

I used a total of two cans of crushed up Pringles to bread my rotisserie chicken, which was the perfect amount to give it a nice even coating. It also left me with three cans to eat separately, since I totally overcompensated and picked up five cans to begin with. You’d think that after years and years of deep frying food I’d have a better grasp on  how many chips I’d need, or maybe I just subliminally bought too many knowing that it had been way too long since I last ate Pringles. 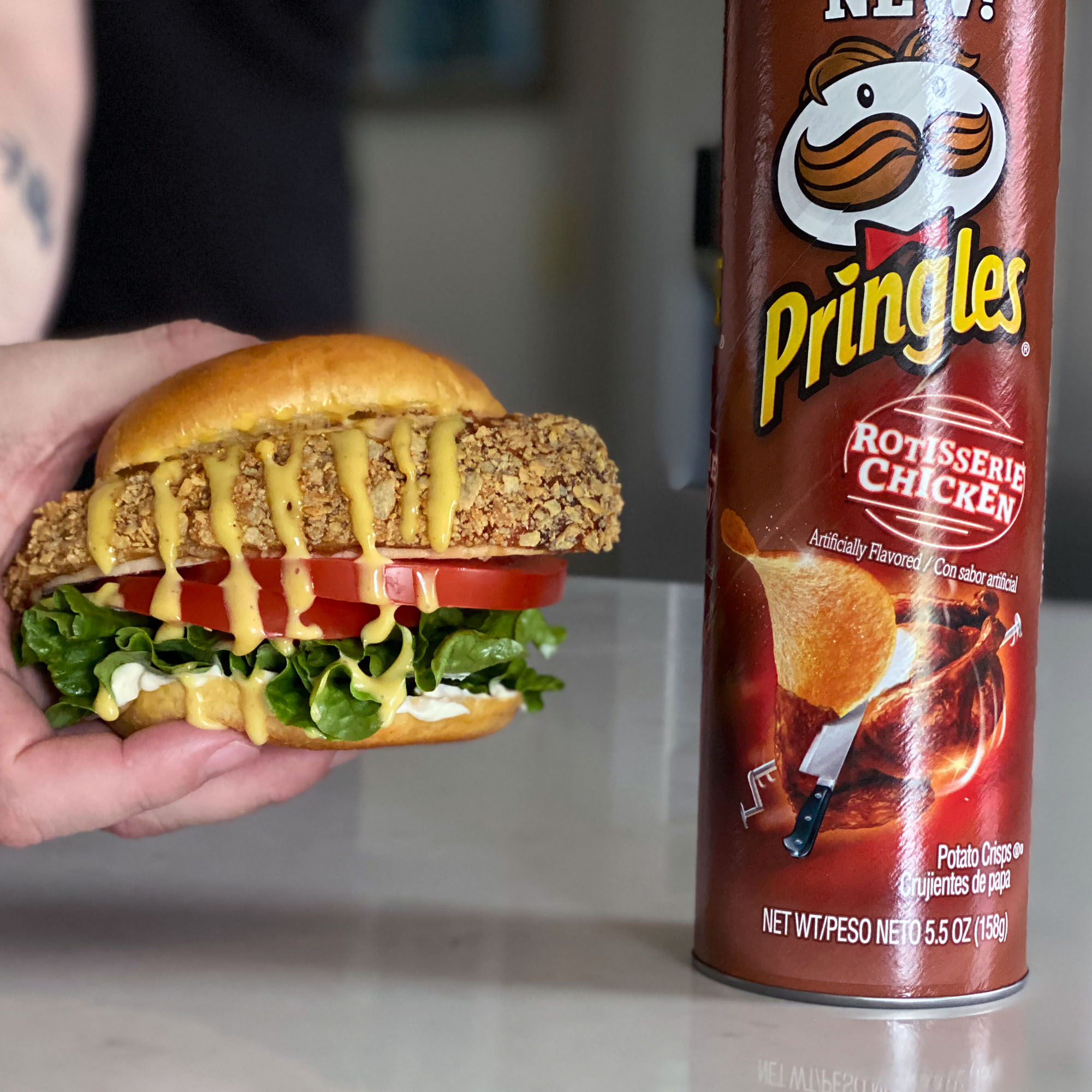 Since coating a rotisserie chicken in Pringles, dropping it in my deep fryer and calling it a day would have been pretty boring on its own I decided to slice it up when I was done and use the Pringles breaded chicken pieces to make a sandwich that also included lettuce, tomato, mayo and a homemade honey mustard sauce. It was easily one of my favorite sandwiches I’ve ever made.

So, thanks again to The Impulsive Buy for the amazing idea idea! Hopefully I didn’t let you down. Now if you’ll excuse me I’ve got a couple cans of Pringles and a whole lot of chicken to eat! 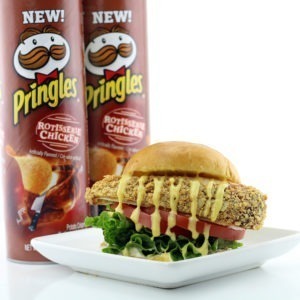 When Pringles unveils a rotisserie chicken flavor the only logical thing to do is to bread a Costco rotisserie chicken in them, deep fry it and then slice it up and use it to make chicken sandwiches.
Print Recipe
Pin Recipe
Prep Time 10 mins
Cook Time 5 mins
Course Main Course
Cuisine American
Servings 6