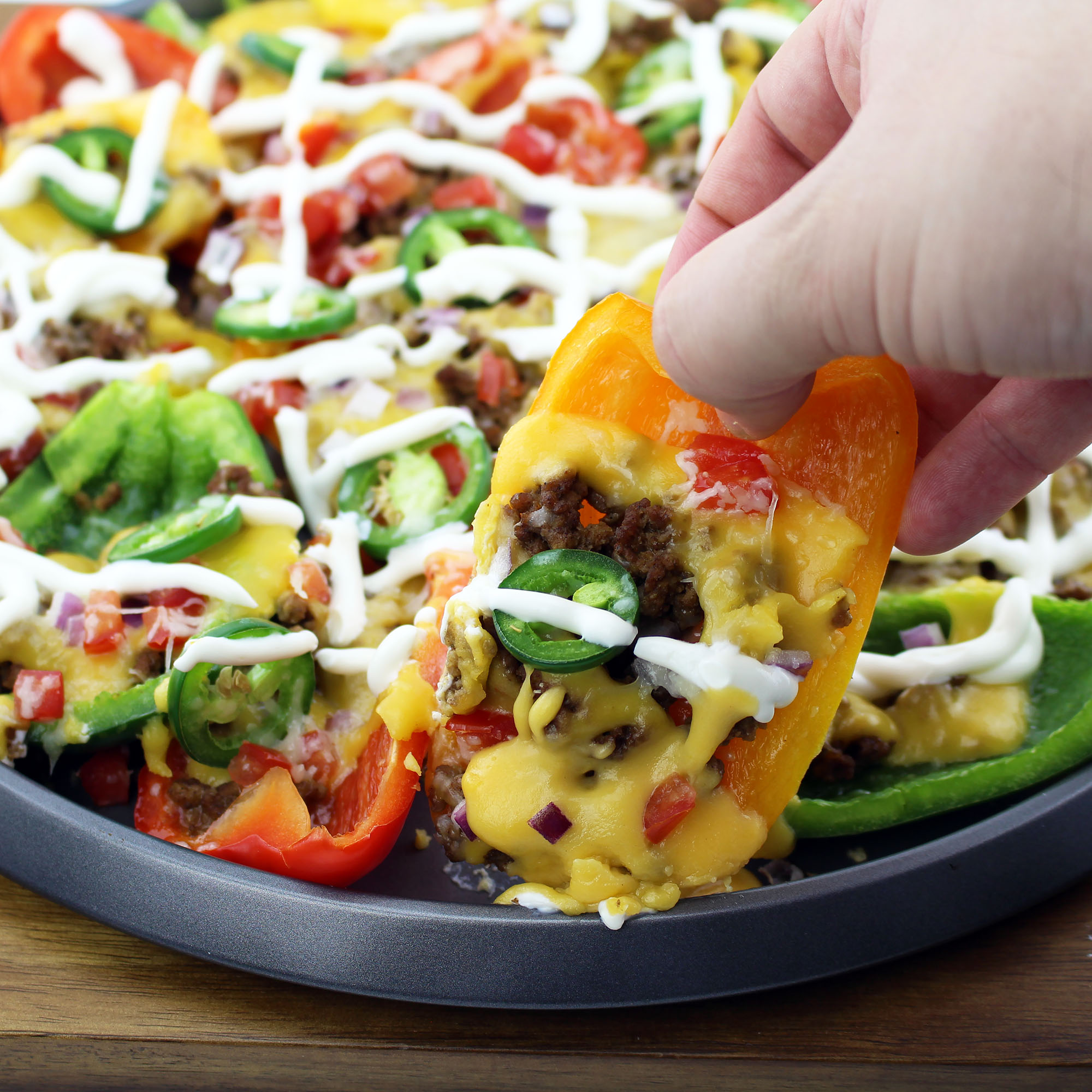 This post is part of a series I’m working on for Black Creek Cheese. We formed a partnership out of a love for big flavor and bold cheeses. In case you’ve missed any of my previous posts you can click here to check out all the cheesy dishes I’ve come up with so far.

Baseball season officially kicks off in a couple weeks, so I teamed up with Black Creek Cheese to bring you another unique take on a traditional game day recipe.

My two favorite foods to eat while I’m watching a game are corn dogs and nachos. Since I already used Black Creek Sharp Cheddar that’s been aged for nine months to make Cheesy Corn Dogs last year — I opted for nachos this time with one minor change — I swapped out the tortilla chips for sliced bell peppers. 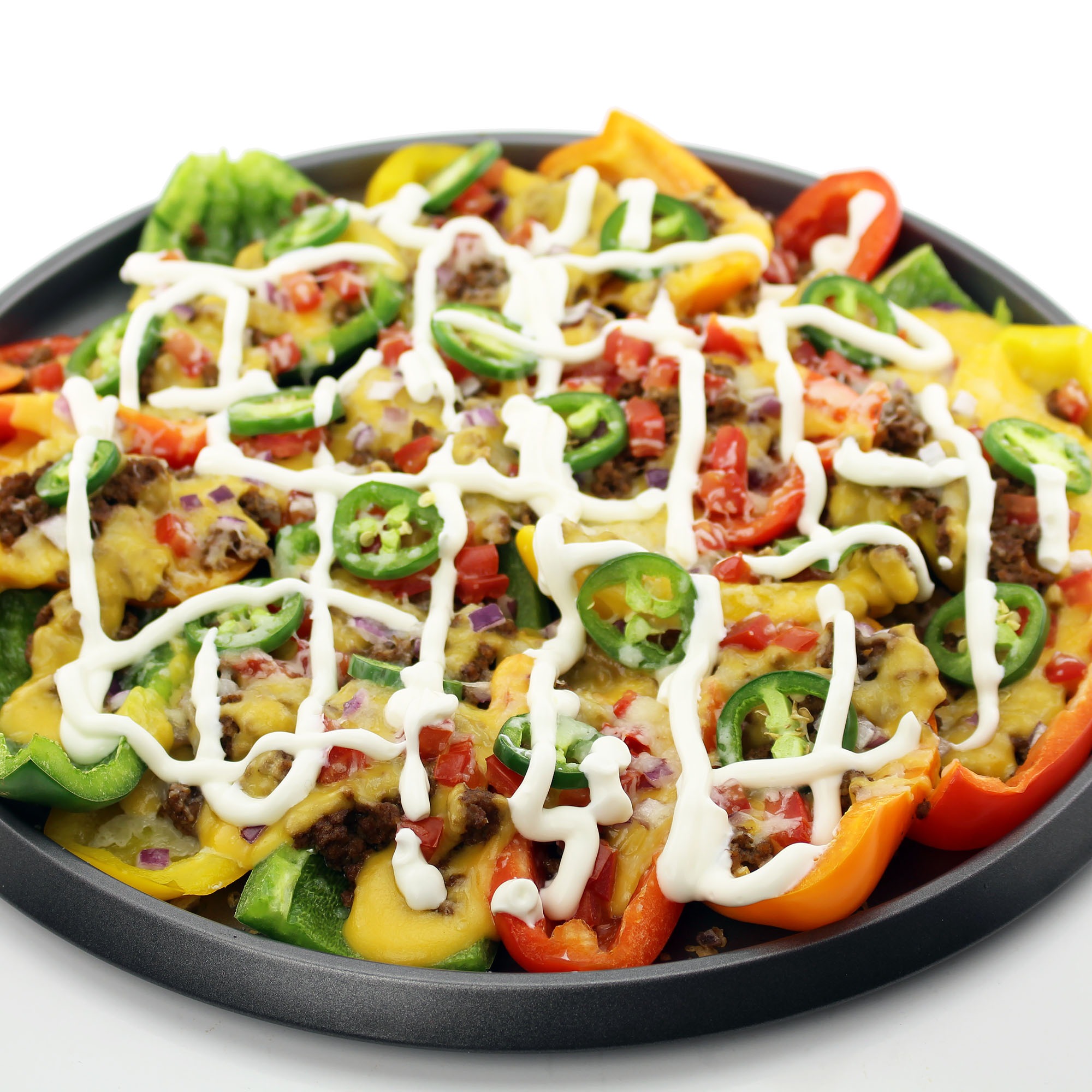 So why use bell peppers instead of chips? For one, they’re naturally curved, which makes scooping up copious amounts of toppings a breeze. Second, they never get soggy like tortilla chips do. I know that some people don’t mind soggy chips and that others actually enjoy them, but I am not one of those people….

Plus, if you’re trying to eat a little healthier or follow a keto diet but still want nachos, this is the way to do it! 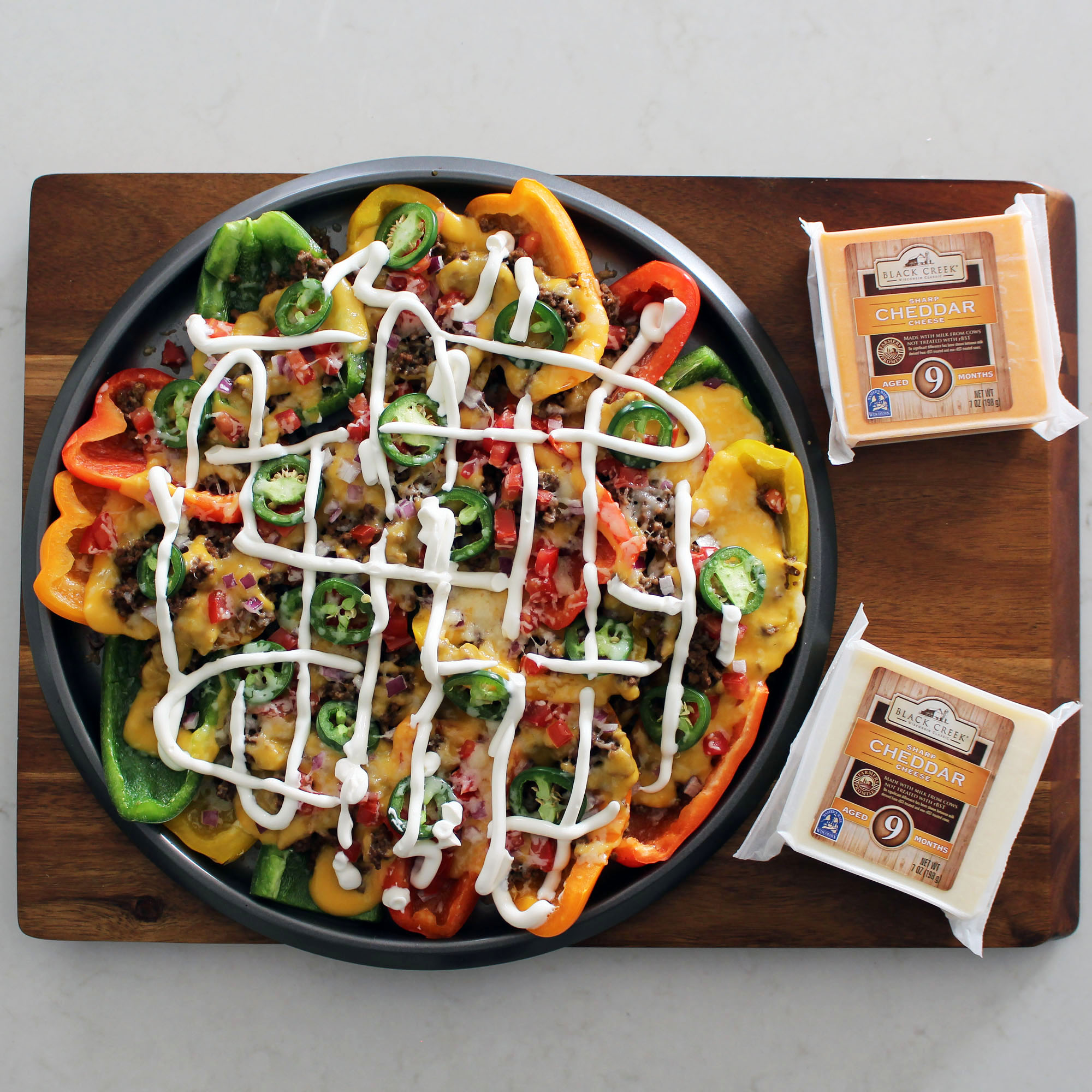 I started by cutting some bell peppers into four slices each and then deseeded them and removed the stems. I then lined a pizza pan with the sliced peppers and topped them with cooked ground beef that I seasoned with taco seasoning, a cheese sauce made with Black Creek Sharp Yellow Cheddar that’s been aged for nine months, diced red onion and tomato, sliced jalapeños and finally some shredded Black Creek Sharp White Cheddar that’s been aged for nine months, because when it comes to nachos more cheese is always better. And since cheese is always the star of the show when it comes to nachos, you want to make sure that you’re using a bold Cheddar like Black Creek Cheese. It’s naturally aged to give you a flavor that’s rich, creamy and sharp. 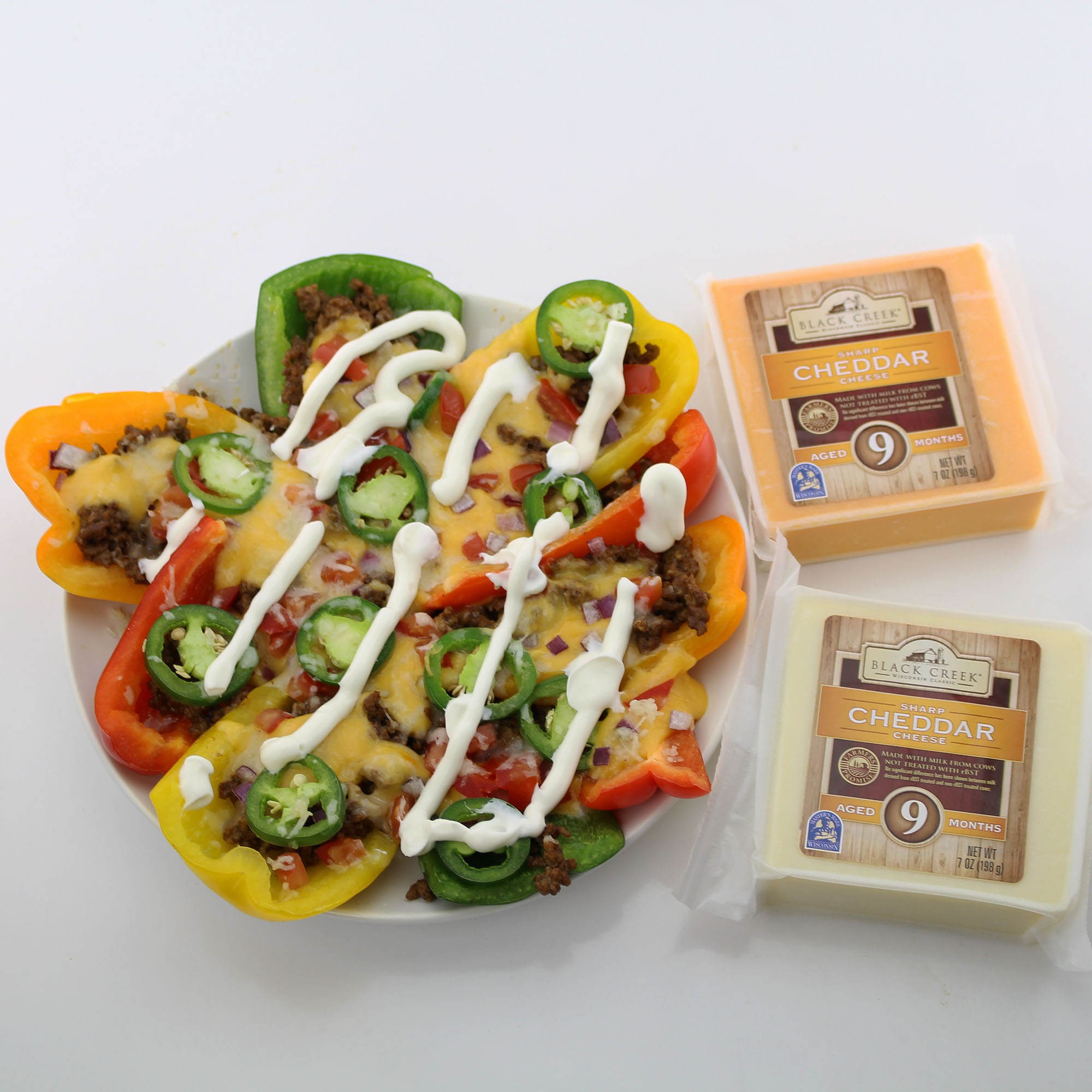 Then, after baking my nachos in the oven for ten minutes at 350° to melt the shredded Cheddar I added sour cream and my Bell Pepper Nachos were complete! Obviously you don’t need to stick to the specific toppings I used, so let your imagination run wild!

If you’re making these nachos for a group of people that all prefer different toppings you could also set up a build-your-own nacho station with various toppings and just have everyone assemble their own ideal plate. Just make sure you have plenty of Black Creek Cheese on hand because it’s rich, it’s creamy and it melts perfectly on nachos! 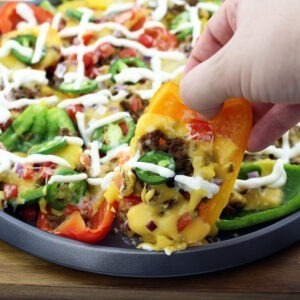