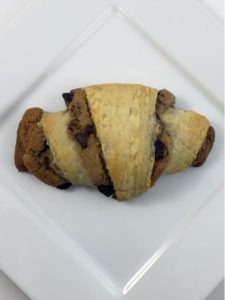 It’s a croissant! It’s a cookie! No, it’s both! I guess for the time being — at least until I come up with a better name for it — I’ll call this a Crookie.

A while back I made some Chocolate Chip Cookie Stuffed Cinnamon Rolls that were damn good. Not being a super huge fan of sweets though I wanted to do something similar, but not quite as rich tasting. So, I once again used a rolling pin to flatten out a layer of chocolate chip cookie dough, but this time I combined it with croissant dough. 13 Minutes in the oven at 350° and my masterpiece was complete!

The resulting treat was everything I imagined and more. It was flaky, it was chocolaty, it was straight up delicious! Now, I’m not saying that these were necessarily better than the Chocolate Chips Cookie Stuffed Cinnamon Rolls, but if you’re like me and don’t have too much of a sweet tooth you’ll definitely want to give the Crookie a try! 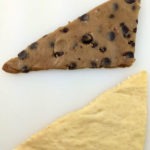 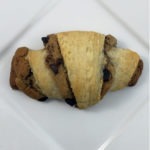 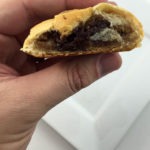