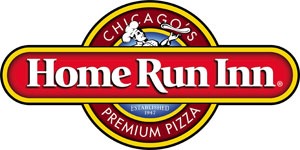 Wow, it’s only been two weeks since I started my new terrible PR emails column and I’ve already got another one for you courtesy of Home Run Inn Pizza! In case you missed the first one, the whole theme is that I critique some of the PR emails that get sent to me that just don’t seem to make much sense.

I should also probably mention that I absolutely love Home Run Inn’s frozen pizza. Aside from Palermo’s they’re probably my favorite frozen pizza company out there. I’ve even written about them before when I used two of their personal pan pizzas to create a pretty delicious pizza burger.

OK, so you’re a pizza company and you’re celebrating your anniversary by selling cupcakes? How does that make any sense at all? Why not make some kind of limited-edition specialty pizza instead? I love how the email also points out that this information is “FOR IMMEDIATE RELEASE.” You know, because something as exciting as a pizza company selling a $3.50 cupcake is something that I MUST tell everyone about as soon as possible!

The press release also isn’t very clear on where exactly customers can get these cupcakes, but I’m guessing that you can only find them at their eight Chicagoland pizzerias, so not only do you have a pizza place making a cupcake for their anniversary, but unless you live in or near Chicago it’s impossible for you to even try one of them.

I guess my whole point with this blog post is that some companies feel the need to send out press releases every single time they do anything, regardless of how minor it is. Wow, you’re adding one new drink to your menu? Better have your PR person draft a press release so everyone knows about it! Coming from a blogger, the easiest way to have your press releases get ignored is to send out so many of them for such minor stuff that writers just stop paying attention to anything that comes from you.

Now, this isn’t necessarily the public relation person’s fault. If your client wants you to send an email out about a new cupcake and they’re the one paying your bills you’ve really got no choice in the matter, but this same PR person sends me four or five press releases a week and they’re all equally as pointless. Today alone I’ve gotten one from her letting me know that a steakhouse in Chicago is offering a new gluten-free dessert and another one telling me that the exact same restaurant is now offering cooking classes on Saturdays. They arrived a minute apart from one another…. I have no idea if PR people get paid per hour or if they charge a fee for each press release they draft and send out, but if it’s the latter then this lady must be a millionaire by now! 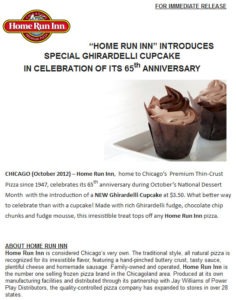