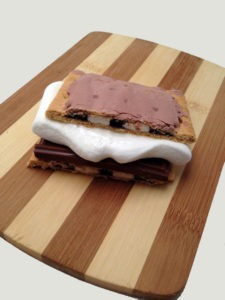 What I DID find though were s’mores Pop-Tarts so I grabbed a box of those, scrapped the original idea and got to work making some s’mores using the Pop-Tarts instead of graham crackers!

It should be pretty self explanatory when it comes to making these, but just in case it isn’t here you go:

As I took my first bite I noticed two distinct pluses of choosing Pop-Tarts over graham crackers when it comes to s’mores. First, Pop-Tarts crumble WAY less when you bite into them. Second, you get a LOT more chocolate and marshmallow in every bite! It’s basically just an all around better experience.

Also, I have no idea who originally came up with the idea for flat marshmallows, but bravo to whoever it was! Making s’mores has never been so easy! 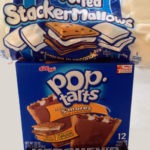 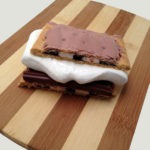 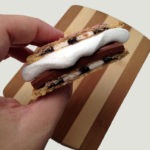