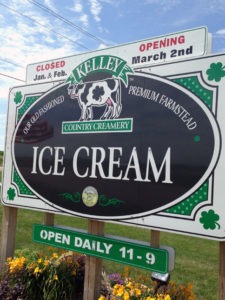 I’m a pretty big fan of custard. In fact, I always said that I’d never choose ice cream over it. That was until I visited Kelley Country Creamery.

Recently the Wisconsin Milk Marketing Board invited a group of bloggers — myself included — to spend a day and a half riding around Wisconsin in a coach bus visiting creameries, restaurants and learning all about the process of how cheese and ice cream is made. It was actually similar to a similar tour that I was invited on last year.

Our third stop of the day — after visiting Clock Shadow Creamery and Widmer’s Cheese Cellars — was Kelley Country Creamery.

The first really unique thing that I learned about the ice cream at Kelley Country Creamery is that all the milk used to make it comes from cows on their own farm, which is located on the same 200-acre plot of land that the creamery was built on. It’s pretty much the definition of a family operation and it gives each of their ice cream flavors a definite “homemade” taste,

Speaking of flavors, check out the gigantic list of ice cream varieties they offer. I didn’t even know that this many ice cream flavors existed in the entire world, let alone a single location. Oh, and the ice cream also comes served in delicious homemade waffle cones and dishes.

They offer 22 ice cream flavors daily — from their revolving list of around 250 — and on the day we visited I was super excited to find out that one of those was Bacon Maple. It was seriously amazing. Then again, so were the other three flavors I sampled. It was the richest, creamiest ice cream I’ve ever eaten.

Don’t worry though Kopp’s, this doesn’t mean I’m giving up on you. It just means that from now on I’ll be a little more open to eating some ice cream on occasion. Then again, maybe I should just stick with custard, because it’ll be hard for any other ice cream to top the stuff that they make at the Kelley Country Creamery…. 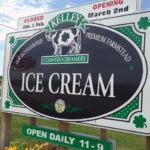 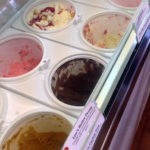 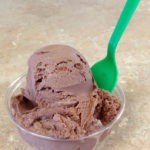 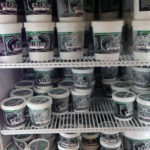 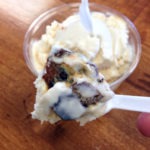 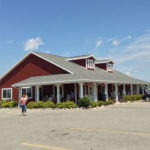