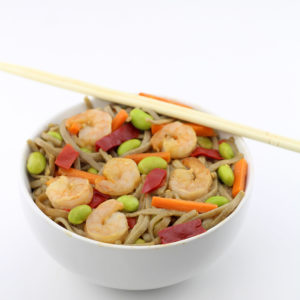 It seems like every time I talk to my mom on the phone she makes a comment about how I don’t invite her over to my house often enough.

The most recent time she brought this up though I told her that not only was I going to have her over, but that I’d even cook dinner for her as well!

Now, there are two foods that my mom absolutely loves — stir fry and shrimp, so that’s what I decided I’d make for her. There are a couple problems with this however. The first is that I’ve just never been great at cooking seafood. The second is that since my wife is allergic to shellfish, cooking it in our house is generally frowned upon. I immediately came up with the perfect solution though! Gorton’s Stir Fry With Soba Noodles Shrimp Bowls!

What’s great about Gorton’s Shrimp Bowls is that they’re microwavable and ready in under six minutes, they’re absolutely packed with shrimp and on top of that they’re really, really good! Obviously I wasn’t going to tell my mom that I just made us a couple microwavable meals for dinner, so before she arrived at my house I made sure to toss a couple pots and pans and some utensils into the sink so it looked like I worked extra hard preparing our food.

In reality however, I had both meals ready in a little over ten minutes, which even included transferring them out of their original packaging and into glass bowls. I also served them with chopsticks just so they looked extra fancy! There aren’t many microwavable meals out there — especially once that contain seafood — that can pass for homemade, but these definitely can.

Oh, and in case you’re wondering, I did eventually tell my mom that the meal I served her came from a microwave. Her response? She just laughed and then picked up some Gorton’s Shrimp Bowls for herself the next time she was at the grocery store! 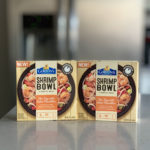 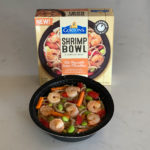 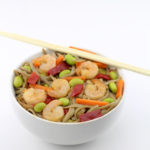