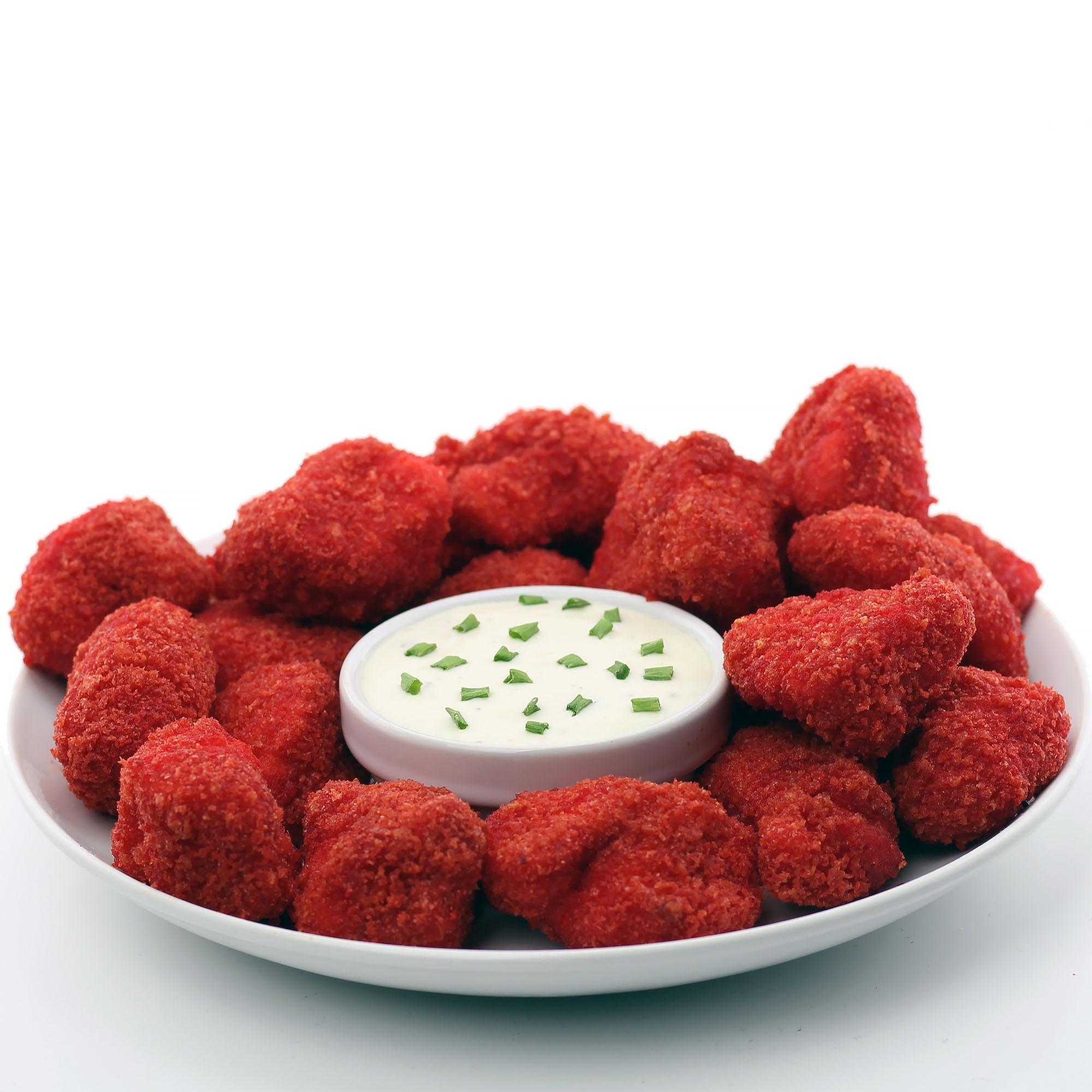 Plus, rather than deep frying these Flamin’ Hot Cheetos Breaded Chicken Nuggets though I decided to make them in my air fryer, which I think means that they’re healthy right? Eating 25 of these — which is how many the recipe below makes — is probably the equivalent of eating a salad, but don’t quote me on that because I clearly know nothing about eating healthy….

Prior to making these Flamin’ Hot Cheetos Breaded Chicken Nuggets I was never a big fan of my air fryer. No matter what I made it just never came out very crispy. Then — after owning it for more than six months — I finally decided to read the instruction manual, which recommended spraying your food with cooking spray prior to frying it in the air fryer. I tried it with these and it worked like a charm! I’m also pretty sure I was using the air fryer’s pre-heat option incorrectly this entire time as well, which also probably didn’t help things.

I’m guessing that any health benefits you get from air frying these instead of deep frying them are lost by using all that cooking spray, and my chicken nuggets still weren’t quite as crispy as they would have been had I just deep fried them instead, but at least my kitchen didn’t smell like deep fryer oil!

If you want your Flamin’ Hot Cheetos Breaded Chicken Nuggets as crispy as possible you can flip them half way through the air frying process, but as long as you spray them with cooking spray and don’t overload the air fryer basket they get pretty crispy even without flipping them.

, which now that I actually know how to use it works really well. Or if you don’t need one that’s quite so big NuWav’s 3 quart Brio air fryer

costs about $50 less, which brings it down to under $100, which is a pretty great deal. Both of them come with a recipe booklet that covers everything from appetizers to entrees to desserts as well. Or, you can just keep checking back here for air fryer recipes because I’ve got a couple more on the way! 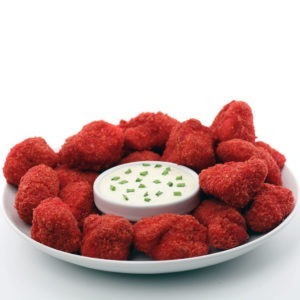