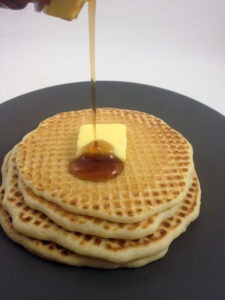 Back when I was making my chicken and waffle cone I inadvertently stumbled upon these pancake / waffle hybrids after I filled my waffle cone maker with pancake batter but didn’t push the top of it down quite hard enough to make a proper waffle cone.

The resulting creation tasted exactly like a waffle, but was round instead of square and had a thickness that was much closer to that of a pancake. I’ve since started referring to my accidental concoction as a “wafflecake.”

You see, I’ve always had a problem deciding between pancakes and waffles. Pancakes always seem too doughy to me, so I enjoy the fact that waffles are a little crispier, but I have a couple of problems with them as well.

My first issue is that it’s pretty much impossible to butter waffles evenly. Any time I try I feel like a few of the little squares end up with almost all my butter in them, with the remainder of my waffle ending up with barely any.

Speaking of the squares in waffles, do they even have an official name? I guess I never really thought about that until now. It looks like Wikipedia refers to them as “pockets,” so maybe that’s what I’ll call them from now on.

My second gripe about waffles, which is really only an issue when I make them at home, is that the waffle maker I own is one of those where you have to pour your batter in and then rotate it 90 degrees to cook your waffle. Four out of every five times I use it though I end up pouring in too much batter and upon rotating it the batter just drips out of the side onto my kitchen counter.

What I love about wafflecakes is that they combine everything that I love about both pancakes and waffles while at the same time getting rid of everything I dislike. They’re crisp like waffles, you can butter them evenly and if you have a waffle cone maker you can make them in a minute and a half each without having to worry about flipping them! How awesome is that?

If you’re fine with waffles and pancakes the way they are feel free to completely disregard this entire blog post, but from here on out I’m sticking with wafflecakes! 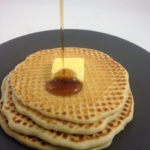 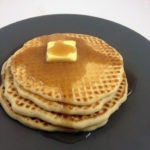 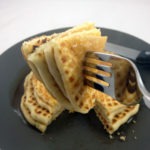 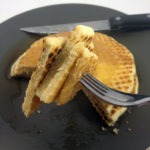 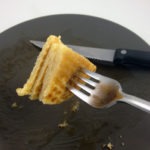 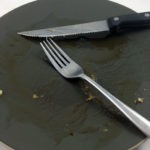