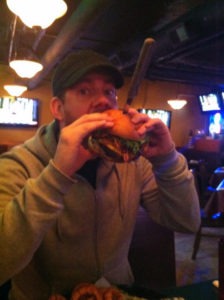 Another stop I made while down in Chicago was at Timothy O’Toole’s Pub, home of the the “Big Timmy Challenge,” which consists of two half pound burger patties topped with four cheeses (Cheddar, Jack, mozzarella and Swiss), bacon, onion straws, lettuce, tomato, red onion and BBQ sauce. The burger is also served with a giant pile of fries and onion rings and if you can finish it all you get a free t-shirt. I actually considered doing this challenge an hour after I stuffed myself with sushi, but decided that coming back the next day to give it a shot was probably a much better idea.

I’m not a fan of BBQ sauce at all, and this burger had a ton of it which made it a little difficult to eat, but aside from that I had no problems at all finishing everything. The onion rings at Timothy O’Toole’s were really good, so I ate the burger and fries first and saved most of those for last. I actually finished the challenge so quickly that when the waitress came over to check on me she started by asking “so how’s your…” and then noticing that everything was already gone she corrected herself and finished with “I mean, how WAS your burger?” 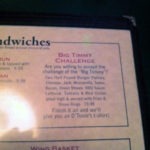 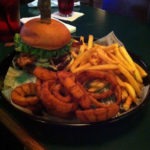 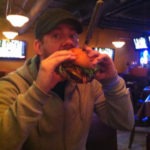 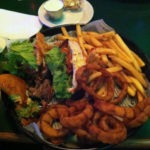 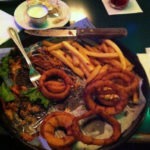 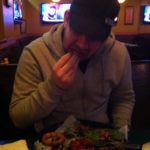 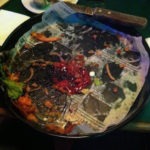 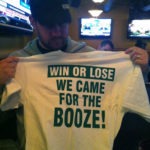 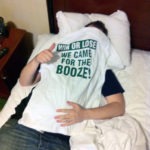