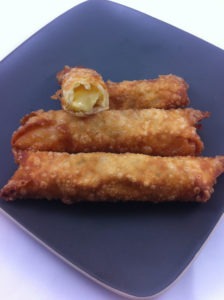 As if poutine (the popular Canadian dish that consists of French fries topped with cheese curds and gravy) wasn’t already unhealthy enough I decided to take it one step further. How you ask? By deep frying it!

Since just tossing a pile of fries, cheese curds and gravy into my deep fryer wouldn’t do anything besides make a huge mess my first step was to find something that could hold it all together. After looking around the grocery store for a few minutes I came upon some egg roll wrappers and realized that they would work perfectly.

Once I was back at home I got to work filling a few of the wrappers with a layer of French fries, which I then topped with white Cheddar cheese curds before drizzling gravy over everything and rolling them up. I’d never made home made egg rolls before, so I really had no idea how much I could fill them up without having them fall apart when I dropped them in the deep fryer and I think I sort of under-filled them.

The deep fried poutine turned out really well and tasted great, but it was a little dry due to the lack of much filling. Now that I think about it though, I’m sure that dipping them in gravy before each bite could easily solve that problem. Either way, if I made it again I’d definitely try to pack some more fries, cheese curds and gravy into the egg roll wrappers. Your move Canada! 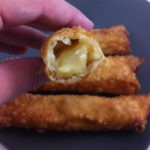 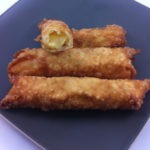 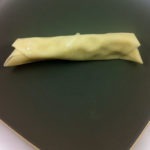 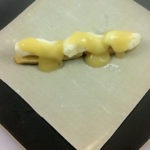