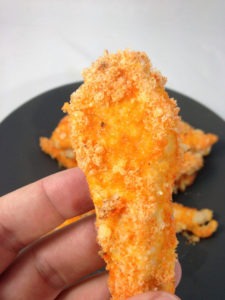 I got a package in the mail recently from Target that contained some of their Archer Farms (which is Target’s store brand) Salted Roasted Pistachios, a jar of Corn, Bean and Roasted Pepper Salsa, a package of Buffalo-Style Blue Cheese Dip Mix, a bag of Blue Corn Tortilla Chips and a giant tub of their Market Pantry (Target’s other store brand) Cheddar Cheese Balls.

Out of all the food in the box you’d think that I would be most excited about the chips and dip, or maybe even the pistachios since the pound and a half jar that they sent me normally costs $12.99. Nope, what really made me happy was seeing the $2.99 tub of Cheddar Cheese Balls. Why you ask? Maybe it’s because as a kid I used to eat these things by the handful, or maybe it’s the fact that I just hadn’t had them in fifteen years or so, but man, those cheese balls sure looked good!

Since just saying “hey, check out all this free food I got from Target!” would probably be the most boring blog post ever I decided to use Target’s Cheddar Cheese Balls as part of a recipe, but for the life of me I couldn’t decide what to make. Then it came to me… Inspired by the Cheeto Crusted Chicken Sandwich I wrote about a few weeks back I decided to try my hand at making some chicken strips breaded with some of Target’s Cheddar Cheese Balls.

I started off with some boneless, skinless chicken breasts which I cut into strips. Then I covered the chicken strips in flour and dipped them in a mixture of egg and milk before topping them with crushed up cheese balls. After that all I did was cook the chicken strips in the oven at 375° and after about 25 minutes they were done! 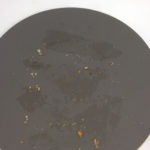 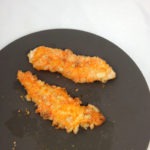 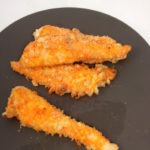 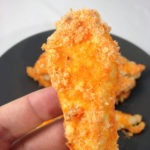 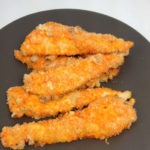 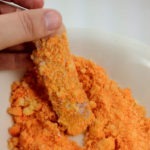 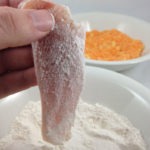 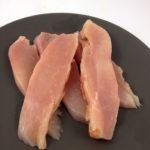 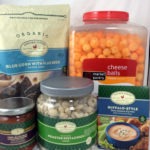