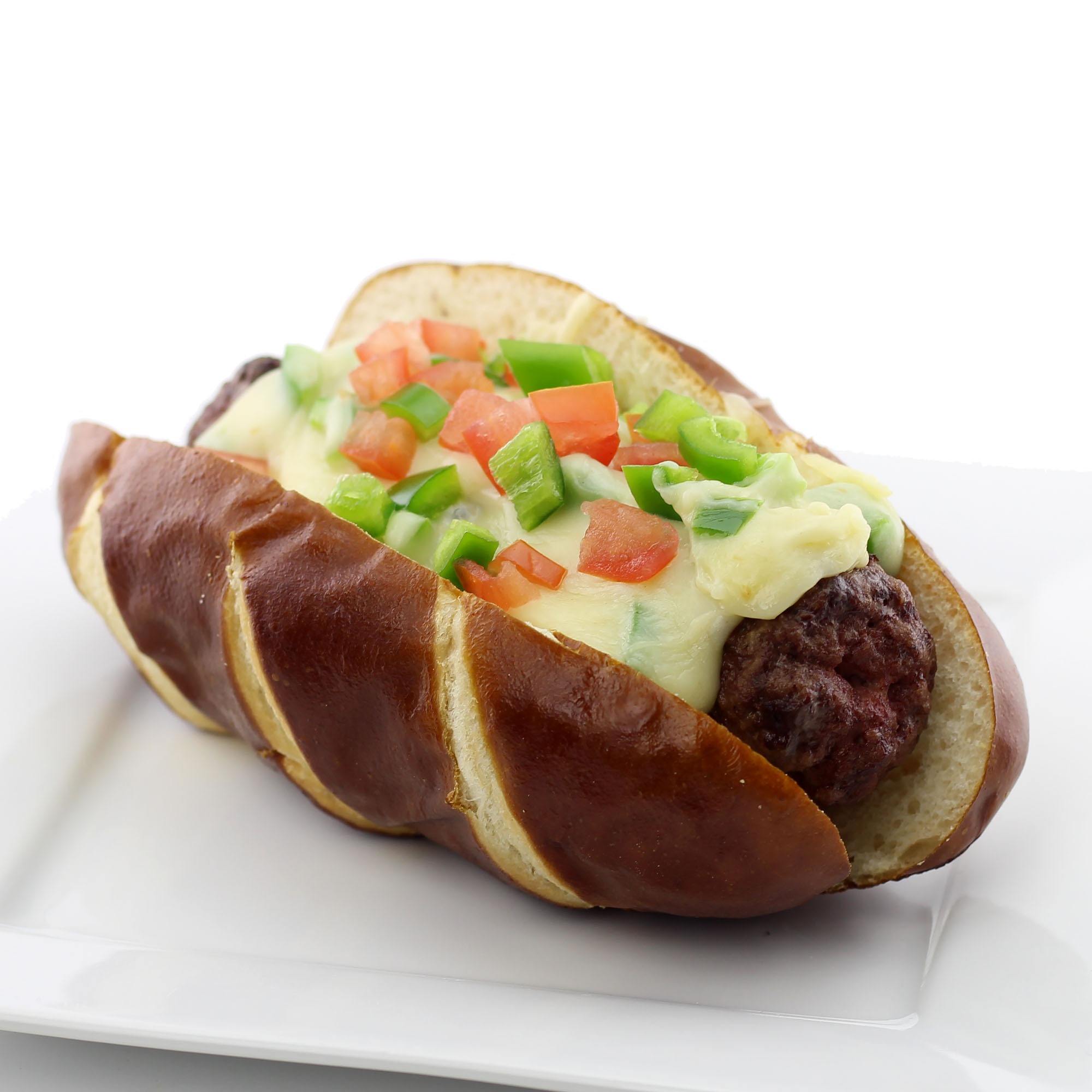 This post is part of a series I’m working on for Black Creek Cheese. We formed a partnership out of a love for big flavor and bold cheeses.

Don’t you hate it when you’re grilling and you can’t decide between hot dogs and hamburgers? Well, thanks to these Beer Cheese Burger Dogs, now you don’t have to!

This is my fourth recipe for Black Creek Cheese. Previously I’ve made Bacon Weave Cheeseburgers, Bacon Cheeseburger Bowls, where the bowls themselves were made out of cheese, and Cheesy Corn Dogs. Basically, where I’m going with this is that if you’re looking for recipes with lots and lots of cheese you should probably keep following along, because I’ve got a bunch of other really great ones coming up as well! 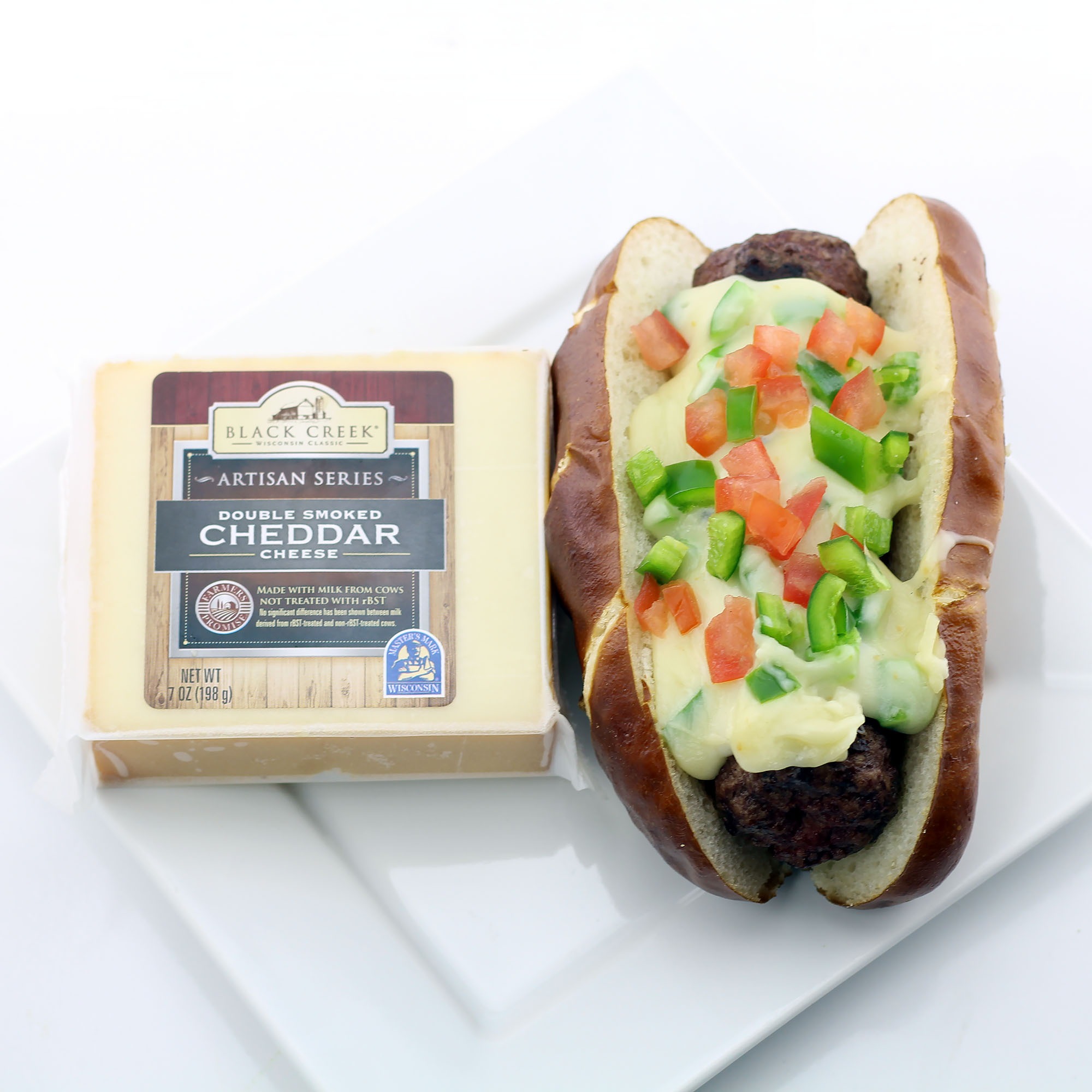 I started off by taking half pound portions of ground beef and flattening them out before rolling them around hot dogs. You’ll want your ground beef portions to be a little longer than your hot dogs and about four times as wide so you can just roll them right up, seal the edges and throw them on the grill.

Since the hot dogs really just need to be warmed up the Burger Dogs only take about 10 minutes on the grill rolling them every couple minutes to get those nice looking grill marks and to make sure the ground beef is cooked evenly.

While they were on the grill, I melted down some butter and added a little bit of flour, some milk, light beer, a generous amount of Black Creek’s Double Smoked Cheddar Cheese and some diced jalapeños to create a jalapeño beer cheese sauce to top them with. 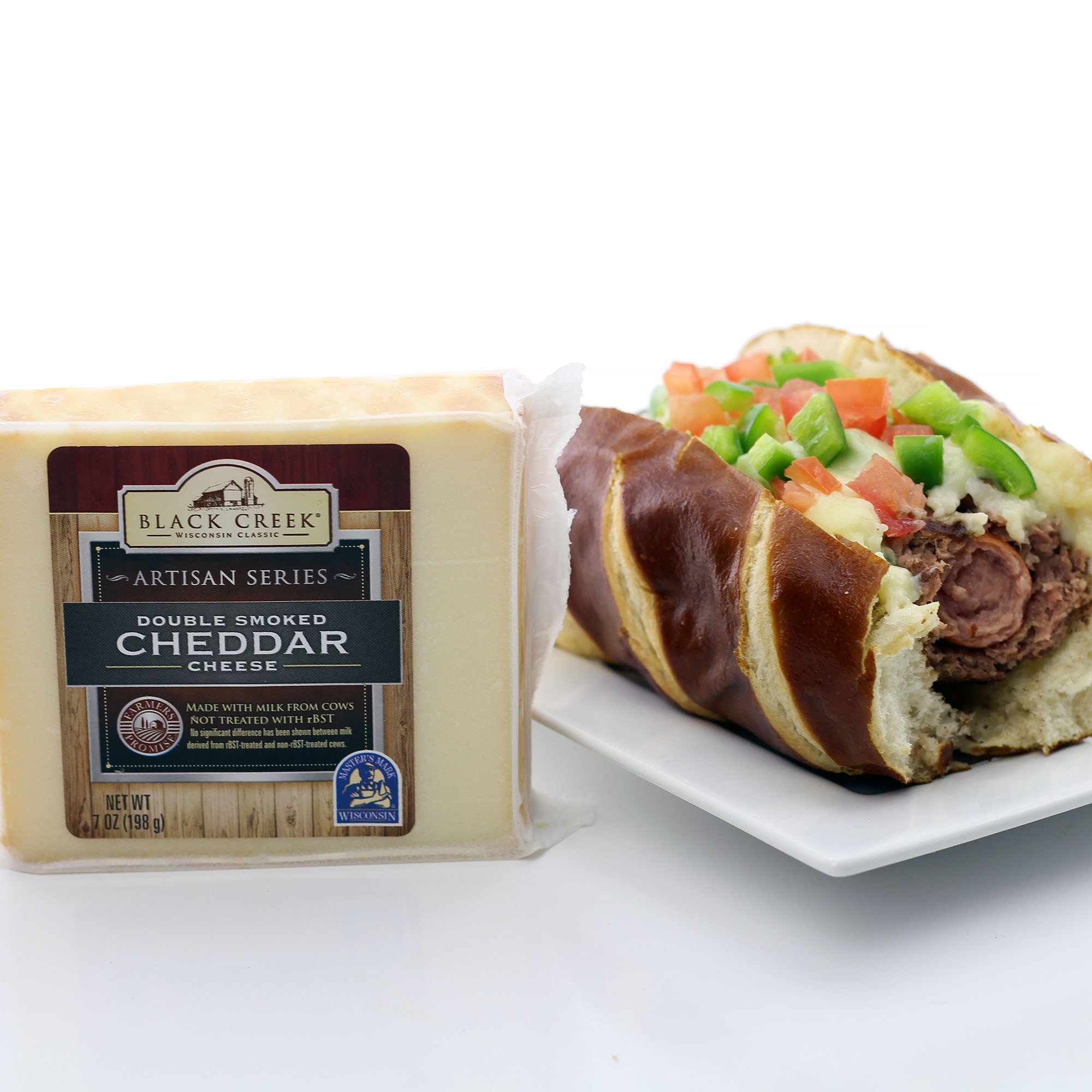 What I love about Black Creek’s Double Smoked Cheddar Cheese — aside from it’s rich, creamy taste —even if you cook on a propane grill like I do, the cheese will still give your food that nice, smoky charcoal grill flavor. The robust flavor comes from the fact that after careful aging, the cheese is naturally smoked twice with wood chips.

Even if you’re cooking burgers in a pan on your stove, you can still top them with slices of this cheese to give the illusion of a burger that’s been cooked over charcoal. I’ve done similar recipes with regular Cheddar before and let me know you, the Double Smoked Cheddar really takes it to the next level. 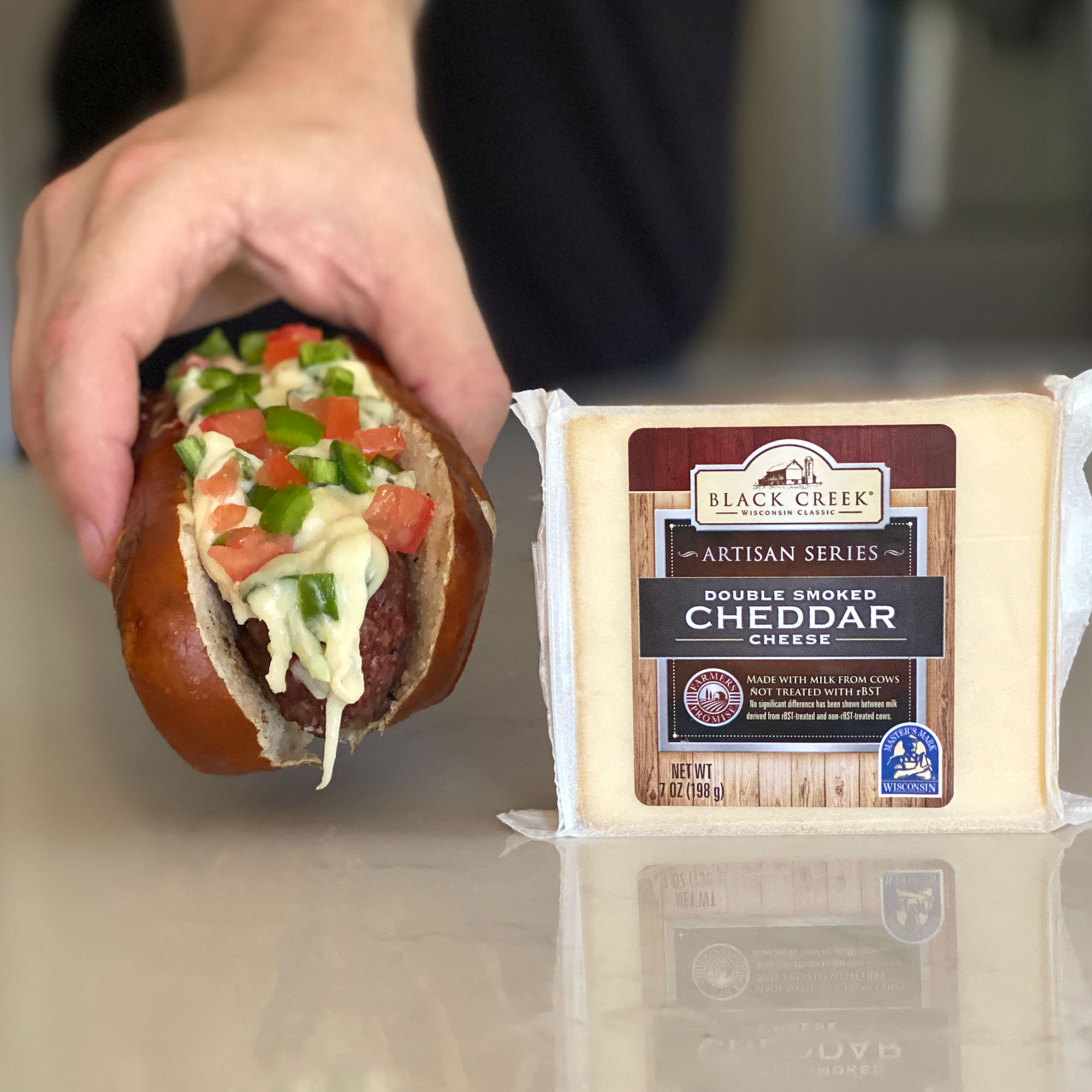 I’m also going to go out on a limb and say that wrapping your hot dogs in ground beef actually has health benefits. Think about it, instead of eating one hot dog on a bun with toppings and one burger on a bun with toppings you’re technically only eating one bun total since the hot dog and burger are combined. I’m not going to flat out say that these Beer Cheese Burger Dogs are healthy but yeah, they’re basically healthy…. 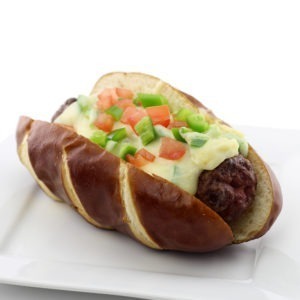