The 2013 Wisconsin State Fair opens tomorrow and with it comes eleven days of animals, rides, carnival games and most importantly, tons and tons of amazing food.

Yesterday afternoon I had the opportunity to be one of the judges at the Sporkies — which is the Fair’s inaugural food competition — where myself and four other judges rated eight finalists — narrowed down from over 40 entries — and ultimately selected the “Most Creative,” “Best Tasting” and “Grand Champion” dishes of the Fair.

The eight items we sampled and voted on were:

Overall I was a little bummed about the lack of deep fried foods and foods on a stick in the competition — there was only one of each — but aside from that there was some really, really great stuff.

The Mela Fritta Gelato On-a-Stick ended up winning “Most Creative” and “Grand Champion,” while the Island Slaw took home the “Best Tasting” Sporkie. My personal favorite was the Deep Fried Peanut Butter & Bacon Nuggets with Berry Weiss Jelly, but the Gelato On-a-Stick was a very close second for me.

Regardless of what your specific tastes are though there was definitely something for everyone, which is great. Plus, these are only eight of the numerous delicious foods that you can find this year. My advice if you head to the fair this year? Show up hungry. 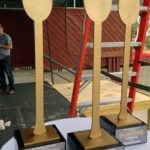 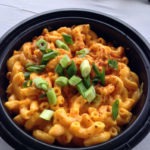 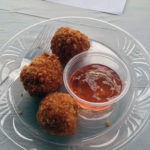 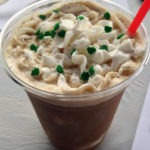 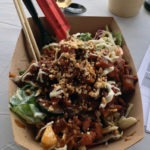 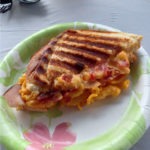 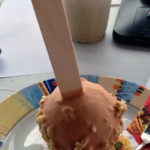 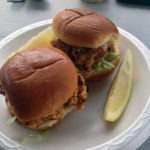 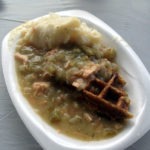 4 Comments on The Newest Dishes at the Wisconsin State Fair