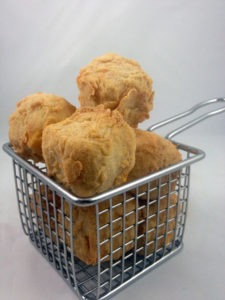 I recently bought a six pound can of nacho cheese from Sam’s Club. I have no idea why I even decided to buy it, but it was less than a dollar a pound, so for some reason I couldn’t pass it up. After it sat on my kitchen counter for about a week I decided to try deep frying some of it.

I started off the same way I did when I made my deep fried beer cheese soup, my deep fried Baconnaise and my deep fried mashed potatoes — by freezing it in cube form. Normally when I batter something before I deep dry it I dip it in a mixture of egg and milk and then shake it around in a bag of flour. With the nacho cheese though I swapped out the regular flour for corn flour. The result? The breading tasted just like a taco shell!

My first couple attempts at deep fried nacho cheese didn’t exactly go very smoothly though. In fact, they were a complete disaster. My batter wasn’t even close to being thick enough, which caused the nacho cheese cubes to melt much faster than the breading cooked. This caused the cheese to separate from the corn flour coating and left me with a pool of nacho cheese floating at the top of the 375° oil. After a couple attempts though I discovered that triple battering the cheese cubes is the perfect way to solve this problem.

Once I got all the kinks worked out my deep fried nacho cheese was delicious. If I made it again though I’d probably try making the cubes a little smaller just so there was a closer nacho cheese to breading ratio. Also, I’d make sure that I have some sour cream on hand for dipping purposes, because that would have gone perfectly with these. Oh, and I’ve still got about five and a half pounds of nacho cheese left, so if you’ve got any suggestions on what I can do with it let me know! 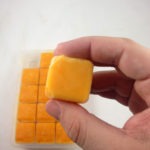 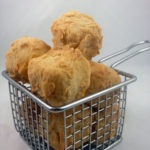 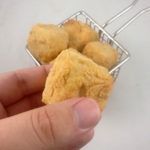 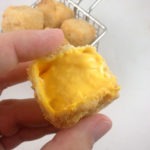 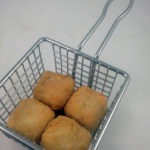 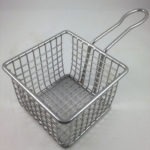