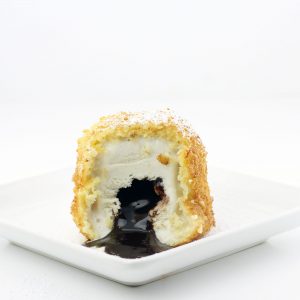 I came up with this idea one night as I was sitting on the couch watching Netflix and eating a pint of chocolate chip cookie dough ice cream.

All the cookie dough chunks seemed to be concentrated right in the middle so that’s where I kept scooping from. In the end I was left with a pint of ice cream that had a completely hollowed out center.

Immediately my instinct to deep fry everything in sight kicked in and I started thinking about how cool it would be to fill the center with chocolate syrup, bread the entire thing in panko breadcrumbs and deep fry it to create sort of a Deep Fried Ice Cream Lava Cake.

My original plan was to make these using an entire pint of ice cream, but I really had no clue if my idea would even work, so when I found some mini tubs of ice cream at the grocery store that were about the size of 1/3 of a pint for only $1 each I figured that they’d be perfect to use for my little experiment!

In the end not only did the Deep Fried Ice Cream Lava Cakes turn out amazing, but the smaller tubs of ice cream ended up being a much better idea anyway since they’re the perfect serving size for one person. Not that Im opposed to finishing an entire pint of an ice cream at once…. 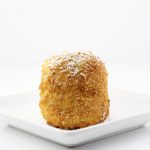 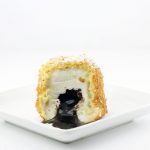 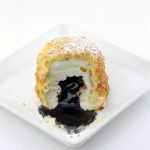