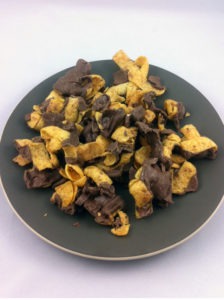 I picked up a bag of these chocolate covered Fritos from the Ultimate Confections booth at the Wisconsin State Fair, but due to the mass amounts of other food I was eating that same day I ended up just taking them home and kind of forgetting about them until earlier this week. I was pretty hungry when I arrived home from work Tuesday night though, so I tore into the bag to give them a try. 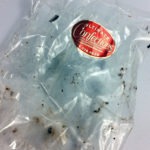 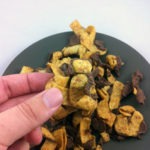 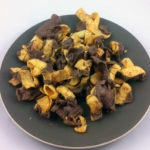