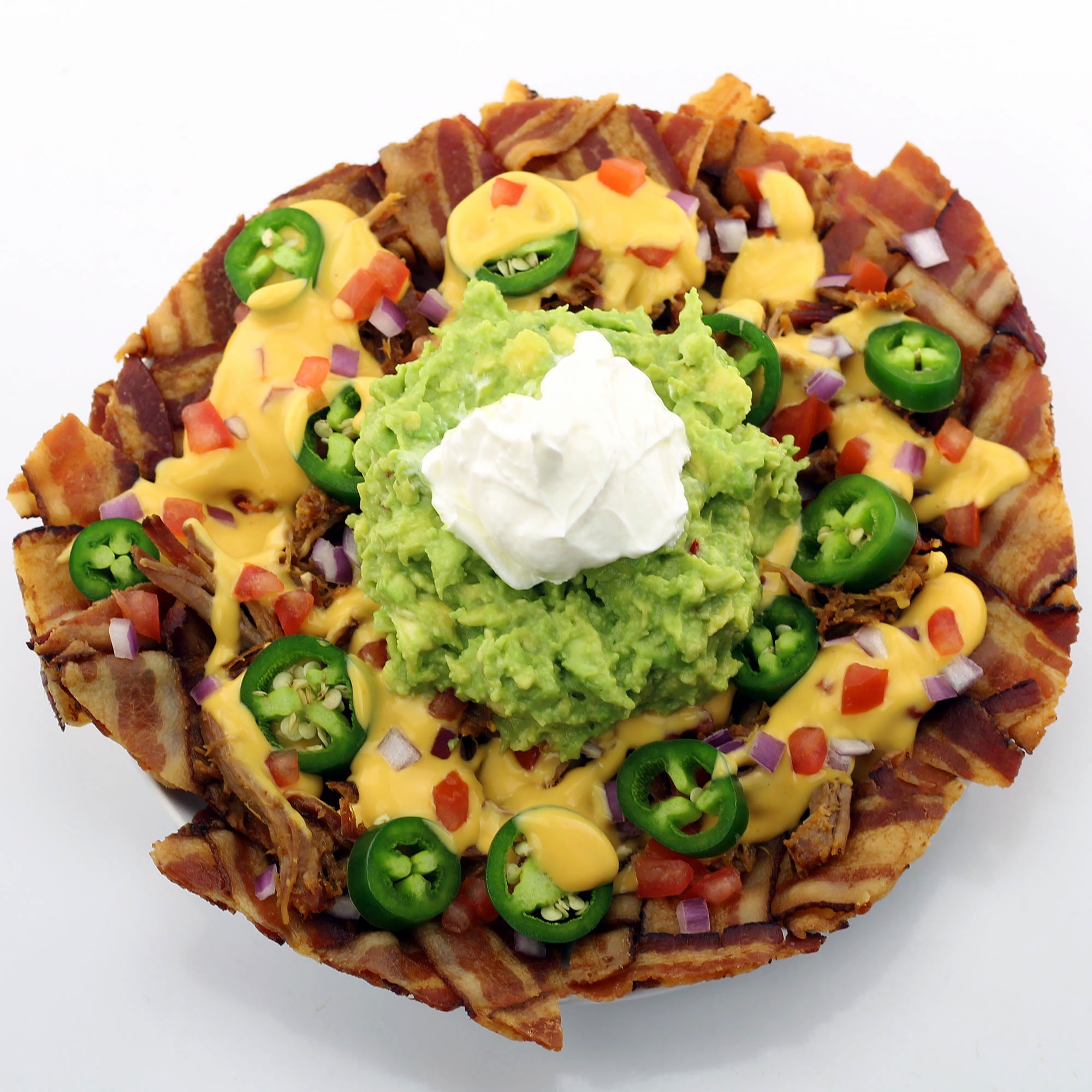 For the third year in a row now I’m working with the Wisconsin Pork Producers Association to create unique pork-based recipes. In case you’ve missed any of my previous posts you can click here to check out the different dishes I’ve come up with so far.

Back in October I shared a recipe with you for Breakfast Tacos with one small difference from traditional breakfast tacos — the tortillas were made from woven strips of bacon. With this recipe I once again created a couple bacon weaves, but this time I used them to make “chips” for nachos! 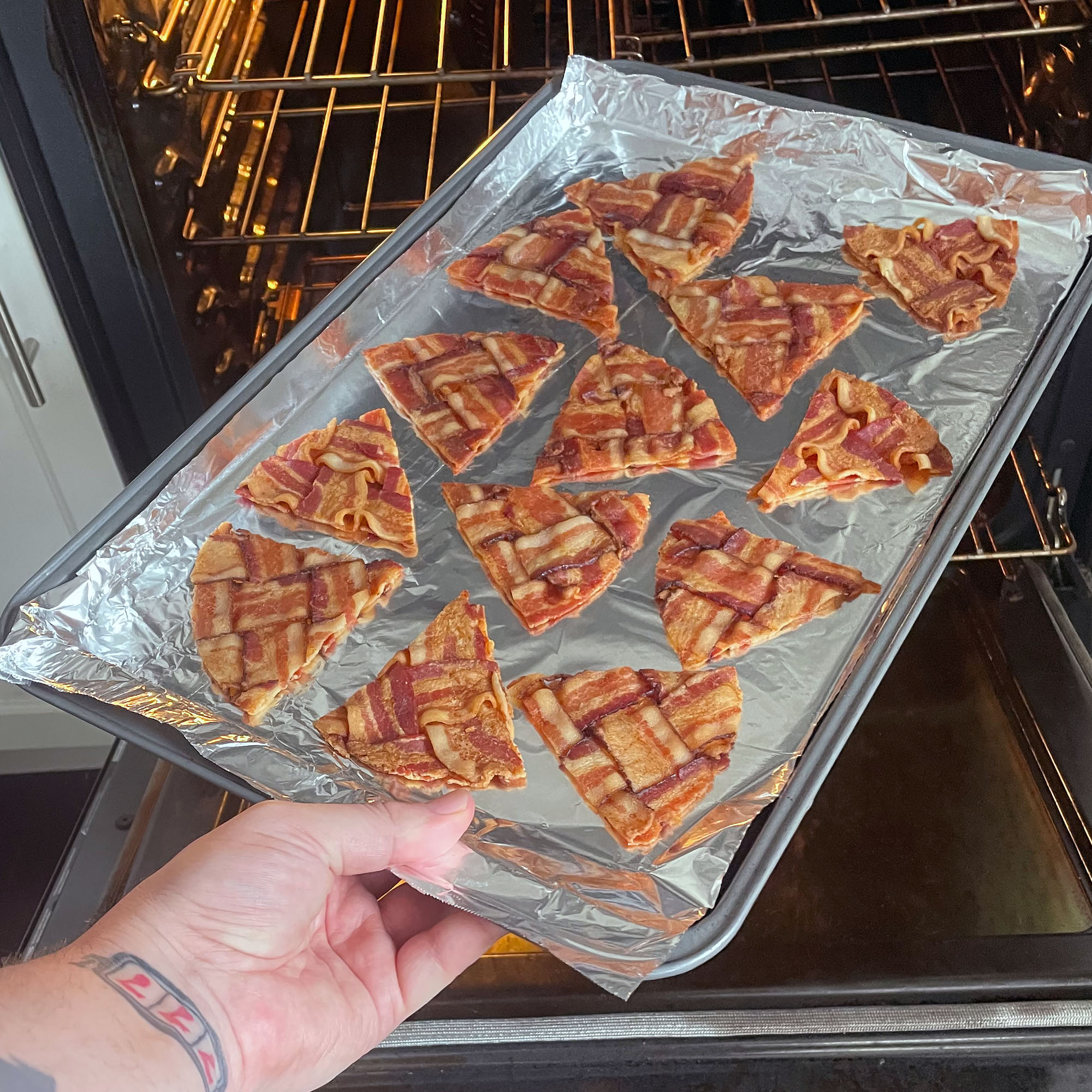 The process for these bacon chip nachos begins the same way the bacon weave tacos do — by laying strips of bacon side by side vertically and then folding back every other slice of bacon while laying new bacon strips perpendicular to the original strips, alternating which strips go over and which go under the original bacon slices before baking the bacon weaves in the oven at 350°.

During the first go around in the oven you want your bacon weave to shrink enough so that all the strips stick together, but not crispy enough to the point that it will start crumbling when you cut the the bacon weave into triangles. I used regular cut bacon and baked mine for 20 minutes, but the baking time will definitely vary depending on the thickness of bacon that you use. 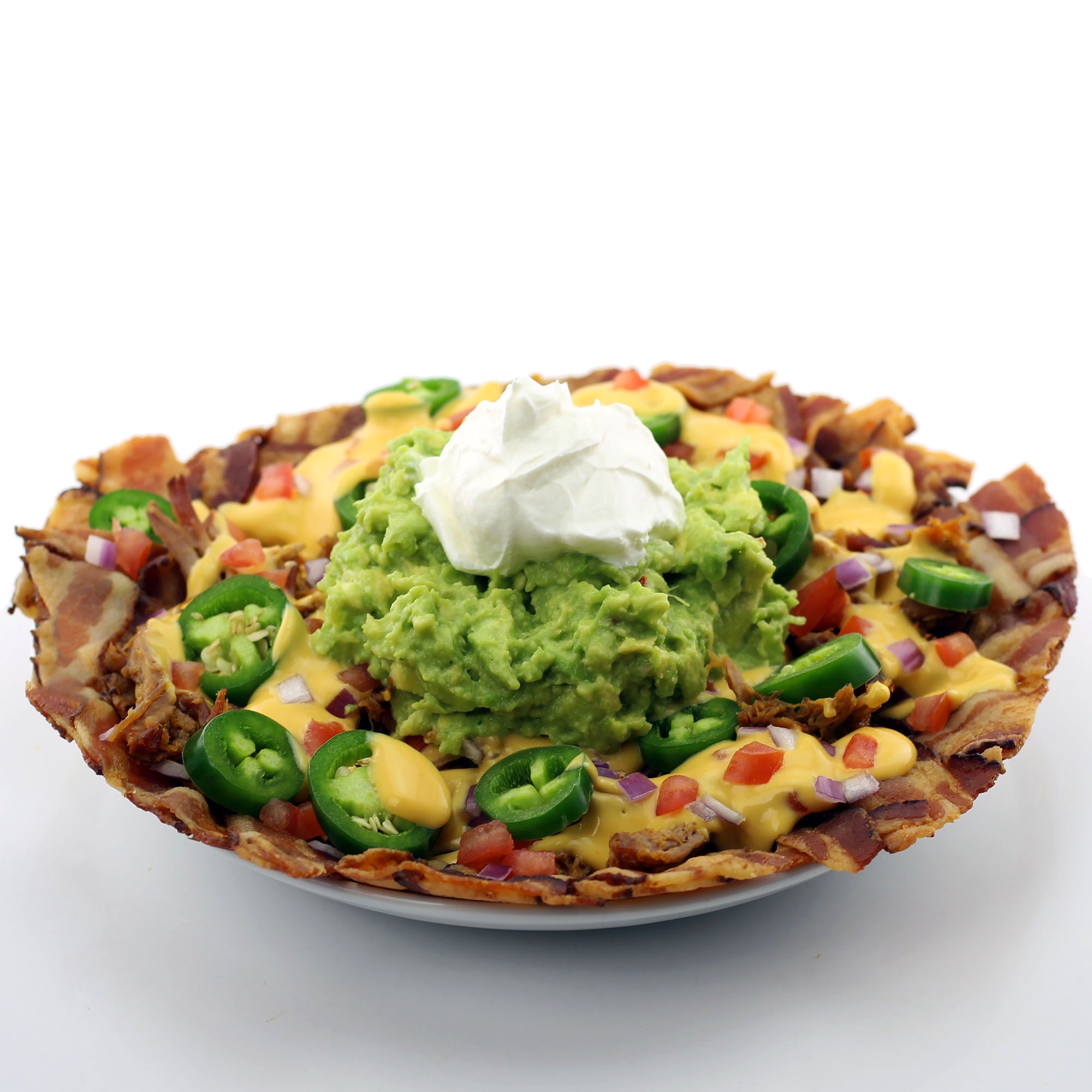 After that I placed an upside down bowl over the bacon weave and traced around it with a knife so I was left with a circular bacon weave. Rather than drape that bacon weave over kabob sticks to form it into a taco shell like last time though I instead cut it in half and then cut each of those halves into three triangles.

Cutting the bacon into triangles isn’t totally necessary either, as I’m sure that the chips would work just as well if they were squares. I did it for purely aesthetic reasons because I wanted my bacon chips to be shaped just like regular chips.

After that you just need to throw the bacon chips back in the oven and continue to bake them at 350° for five minutes or until they’re crispy. Then, just blot off any excess grease, let them cool a bit and you can transfer them to a plate and add your favorite toppings. 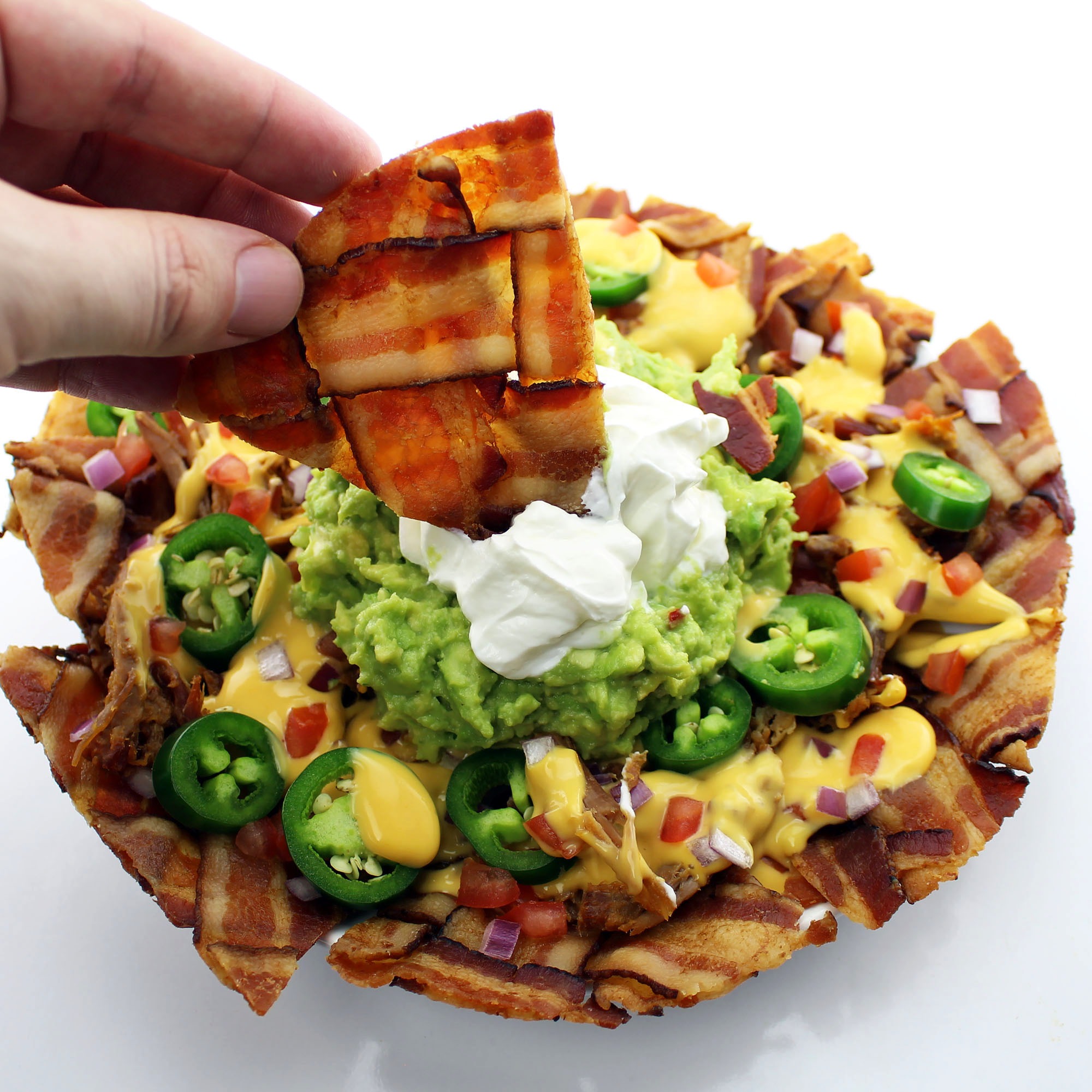 I topped my bacon chip nachos with pulled pork, nacho cheese, diced tomatoes, diced red onion, sliced jalapeños, guacamole and sour cream, but I’m pretty convinced that you could top these bacon chips with absolutely anything at all and they’d still be delicious.

Or, if weaving strips of bacon isn’t quite your thing, or if you’re looking for something just a tad bit healthier there are plenty of lean options when it comes to pork. In fact, today’s pork has about 16% less fat and 27% less saturated fat than it did 30 years ago. You can find plenty of great recipes by following the Wisconsin Pork Association on Facebook and Instagram.

If you’d like to learn more about pig farming in general or find the answer to any pork-related question you could ever possibly have head on over to PorkCares.org. 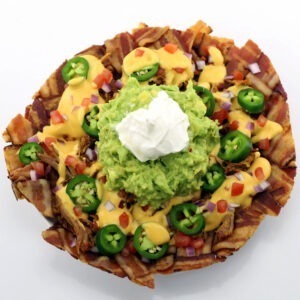