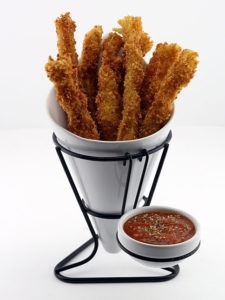 A while back I tried to make a taco with a shell made entirely out of spaghetti noodles. It didn’t work out so well, but on the plus side I used the leftover noodles to make a Deep Fried Spaghetti Bun Burger.

Shortly after that I gave the spaghetti taco shell another shot and once again it was a total disaster. Like the first time though I was at least able to salvage the experiment by using the remaining noodles to make something completely different — Spaghetti Fries!

These were pretty similar to the Teriyaki Pork Fries I made back in March and equally as delicious. I started off by taking about six or seven spaghetti noodles at a time and twisting them together.After they cooled a bit I took the noodle strips and coated them in flour, dipped them in an egg wash and rolled them around in Italian style breadcrumbs. After that I heated up the oil in my deep fryer to 375º and dropped the fries in for about a minute.

The Spaghetti Fries turned out exactly as I’d hoped — nice and crispy on the outside while the noodles themselves retained their tenderness perfectly. Dipped in some marinara sauce they were a damn good snack!

Although I’m a little bummed that I never ended up with a spaghetti taco shell the idea did at least spiral into two separate pretty awesome  — and delicious — creations. I’m also sort of relieved that I can finally give up on the idea completely because my buddy The Vulgar Chef figured out how to make the perfect Spaghetti & Meatball Taco recently.

It’s funny, he and I will text each other randomly about what kind of crazy stuff we’re working on and one day I got a message from him saying how he’d just tried to make a spaghetti taco shell but couldn’t quite get it right. I responded that I’d recently tried to do the same and failed as well and noted that we were like the U.S. and Russia trying to be the first to put a man on the moon. Well, it now appears that I’m Russia. Just don’t expect me to start wearing one of those silly fur hats…. 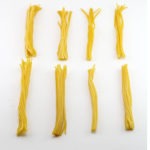 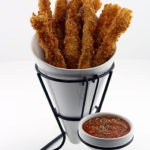 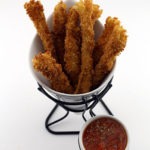 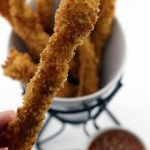 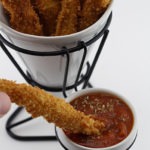 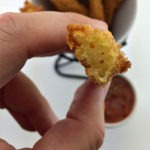