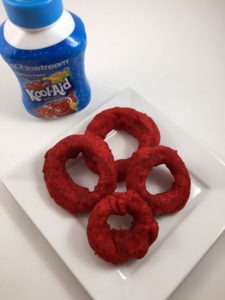 Recently I received an email from the people over at SodaStream offering me a free SodaStream Play. They also tasked me with coming up with a crazy dude foods inspired recipe using the machine and seeing as how I’m never one to back down from a challenge I accepted. Plus, I’ll be honest, as someone who has owned a SodaStream for over five years now I was pretty excited to check out one of the newer models.

What’s also really cool is that each SodaStream Play comes with a code for a free skin so you can customize your machine by choosing from thousands of designs. You can even upload your own, which is really awesome.

Now, I’m guessing that they expected me to come up with a drink recipe, but where’s the fun in that? If you’re looking for SodaStream drink recipes there are already tons and tons of them online. Hell, they even have an entire section of their website dedicated to them. Instead, I decided to use my brand new SodaStream Play, along with their Tropical Punch Kool-Aid mix to make some Kool-Aid Breaded Onion Rings.

So why onion rings and why Kool-Aid breading? Well. I’ve always wanted to try making my own onion rings and as far as the Kool-Aid breading, I’ve seen Kool-Aid served deep fried at various state fairs all across the country and biting into a ball of it on its own just seemed so unappealing to me. As a breading on something else though I figured — and was correct in my assumption — that it tastes amazing.

Not only is this recipe delicious, it’s also super, super simple. Just grab an onion or two — I used sweet onions, which have a taste that pairs perfectly with the Kool-Aid breading — remove the peels and then slice them horizontally into rings that are about half an inch thick. Then, toss the onions in flour, dip them in batter, made by mixing equal parts SodaStream sparkling Kool-Aid and flour, and drop them in a deep fryer set to 375° for a few minutes until they’re nice and crispy. If you don’t own a deep fryer just pour some vegetable oil in a pot and heat it on your stove until it reaches 375°.

Now I know you’re probably thinking, “But Nick, I can make Kool-Aid with just mix and regular tap water, why would I use a SodaStream?” That’s true, but this is sparkling Kool-Aid, which for one tastes infinitely better, but even more important, the fact that it’s carbonated makes the batter much lighter and tastier when you deep fry it.  So can you make these with regular Kool-Aid? Yes. Will they taste as good? Not even close.

Even if you don’t want a Kool-Aid breading, regular carbonated water mixed with flour makes a breading that’s equally as light and fluffy, and do you know what the easiest way to make your own carbonated water at home is? Yep, a SodaStream! 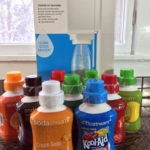 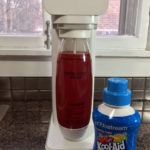 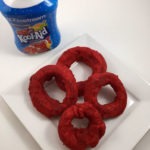