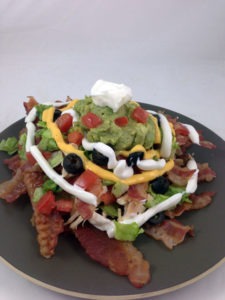 I know that when you hear the phrase “bacon nachos” you probably just picture some chips topped with sour cream, cheese and some bacon right? Wrong. With these bacon nachos I decided to forgo the chips altogether and simply use bacon in their place.

Why the absence of chips? It’s pretty simple actually— it was about 11pm, I wanted some nachos, I had all the ingredients to make said nachos except for tortilla chips and the closest grocery store was already closed for the night. The fact that I drank a few beers prior to this might have also played a small part in my desire for bacon nachos, but that’s neither here nor there. 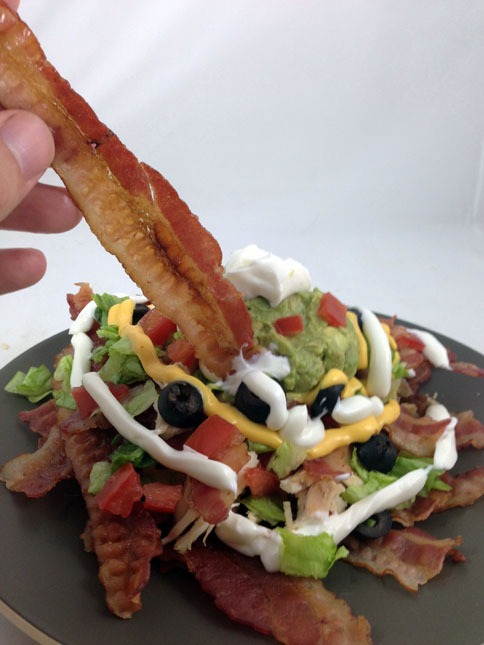 As it turns out, I didn’t miss the chips one bit! The bacon turned out to be a prefect substitute. The only downfall is that although I love when nacho cheese makes my chips soggy while I’m eating nachos I prefer that my bacon is nice and crispy. Luckily I ate my bacon nachos pretty fast so I didn’t have to worry about that too much. Plus, it gave me a chance to get rid of some of the nacho cheese I had leftover from when I made my deep fried nacho cheese!