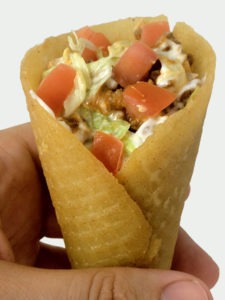 What if it didn’t have to be that way though? What if you could enjoy the crunchiness of a hard shell taco without the fear of it crumbling apart upon first bite? Well, now there is! Ladies and gentlemen, I give you the Tacone!

I once again pulled out my waffle cone maker — the same one I’ve already used to make wafflecakes, my pizza cone, and my personal favorite, the chicken and waffle cone. This time, however, I combined some corn flour, water and a dash of salt, before flattening out the doughy mixture and nestling it between my waffle cone maker’s two hot plates.

After about a minute and a half I took my partially cooked dough out, formed it into a cone, let it cool a little and then completed the cooking process by dunking it in my deep fryer. A couple minutes later I was left with a crunchy corn taco shell in the shape of a cone.

Next, I gathered up all the ingredients that I wanted inside my taco, mixed them up in a bowl to insure that each bite contained equal amounts of toppings and spooned them into my cone.

I probably should have taken a few more pictures before I started eating this thing, because honestly, they didn’t turn out as good as I would have liked, but I didn’t care. All I wanted to do was take a bite out of the Tacone and see how it tasted, and it ended up being every bit as spectacular as I expected!

Do you know what my favorite thing about my Tacone was though? During the process of eating it not a single thing fell out of it onto my plate! No ground beef, no cheese, no tomatoes and not even a single piece of lettuce! 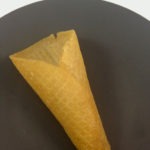 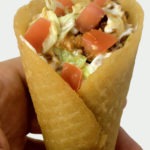 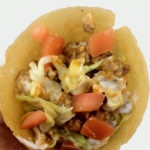 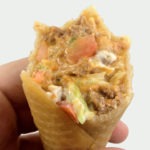 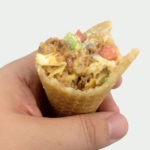 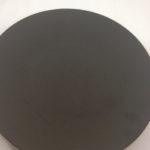