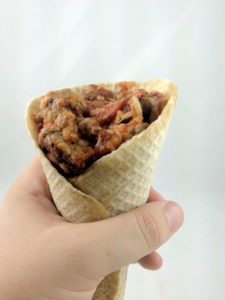 I’ve been pretty hooked on my waffle cone maker recently. First I made a chicken and waffle cone and ever since then I’ve been using it to make wafflecakes. This time I decided to try making a cone-shaped pizza.

For this little experiment I started off with some pizza dough and after flattening it out as much as I possibly could I cut out a circle using an upside down bowl, tossed it into my waffle cone maker and closed the lid.

Since pizza dough naturally starts rising when it heats up I had to apply a ton of pressure to the top of the waffle cone maker just to keep the dough flat, but it worked perfectly and a minute and a half later I took it out and rolled it into a cone.

Once my cone was ready I combined some Italian sausage, pepperoni, shredded mozzarella cheese and pizza sauce in a bowl, heated it up and scooped it into my pizza crust cone the same way you would with a regular ice cream cone.

You know how when you’re eating New York-style pizza and you take your giant slice and fold it in half to eat it? This pizza cone was sort of like that, but even simpler and just as delicious. Ideally I would have added some diced onions and peppers to my pizza cone as well, but seeing as how I had neither in my kitchen I had to do without them. There’s always next time though!

I’m getting pretty hooked on this eating food out of cones thing. Now I just need to think of more foods that would be better when transformed into circular-shaped objects with pointed ends. What about making a cone out of pie crust and filling it with apple pie filling? Or making a hard shell taco into a cone shape and then stuffing it with ground beef, lettuce, tomato, sour cream and guacamole? I could call it a Tacone! 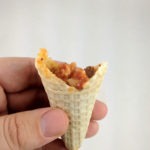 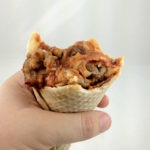 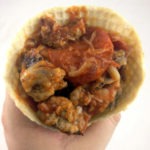 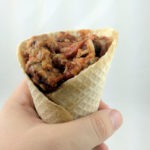 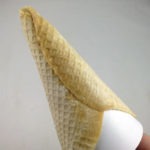 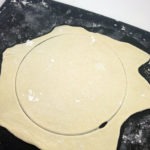 10 Comments on The Pizza Cone