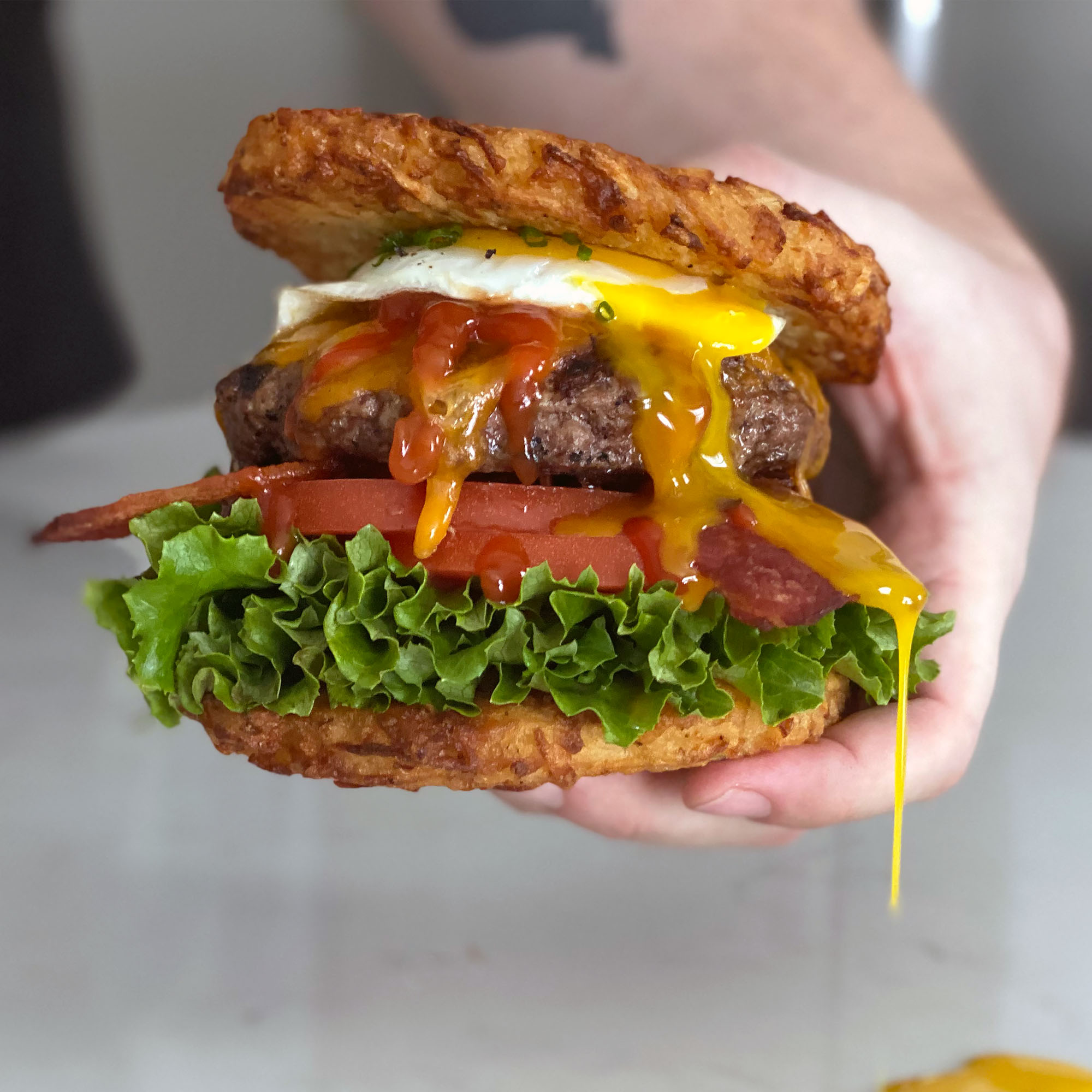 I originally did a version of this hash brown bun seven years ago, but was never really happy with how it turned out.

Back then I used metal egg rings to form my hash brown buns, but due to the size of the egg rings my buns weren’t very large.

The sandwich I made with them still tasted good, but with such small buns all I could really pack between the them were a couple breakfast sausages and a fried egg.

This time however I decided to use springform pans to create my hash brown buns, which left me with buns big enough to use for this amazing breakfast burger! 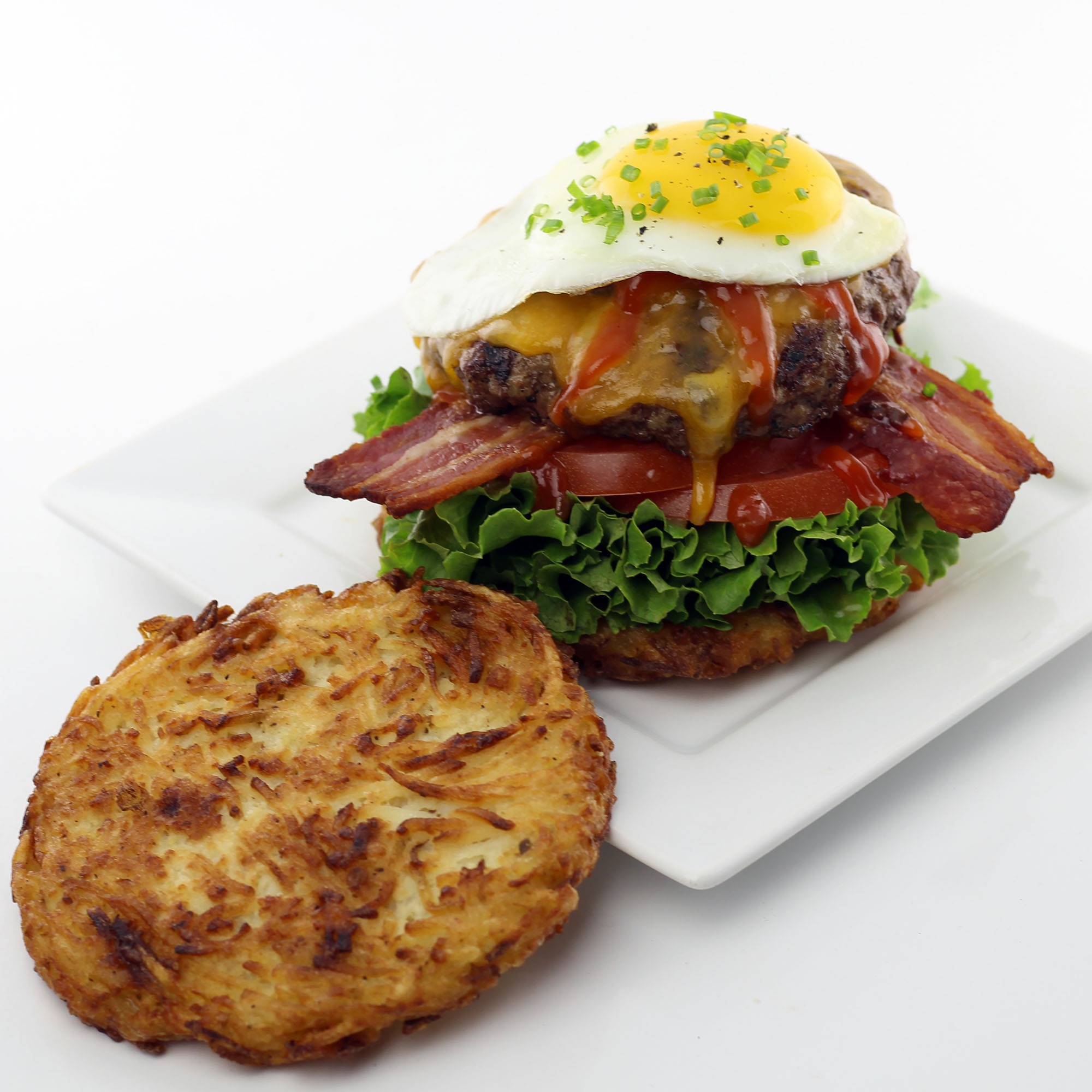 Creating the buns is fairly simple. All you need to do is pick up a bag of shredded hash browns from the grocery store, pack them into springform pans that are sitting in a skillet over medium heat and cook them until golden brown. By using five inch springform pans I was able to make two top buns and two bottom buns from a 20 ounce bag of hash browns.

I was actually surprised how well these hash brown buns held together — especially since my bacon cheeseburger was topped with a sunny-side-up egg — but as long as you pack the hash browns nice and tight in the springform pans and cook them long enough you should be fine. Mixing an egg in with them would have probably helped them hold their consistency even better, but it certainly isn’t necessary.

Since these giant circular hash browns were basically the same size as potato pancakes and since here in Wisconsin potato pancakes are almost always served along with a fish fry I think the only logical thing to do next would be to do a potato pancake bun fish fry sandwich! 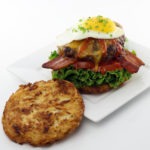