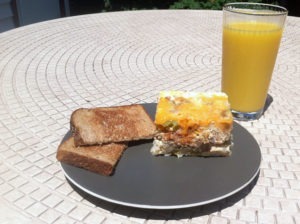 Two weeks ago I announced a pretty sweet contest here on my blog. West Bend Housewares (who are celebrating their 100th anniversary this year) gave me one of their Versatility 6 Quart Slow Cookers to give away to a lucky DudeFoods reader.

West Bend Housewares was even cool enough to hook me up with a Versatility Slow Cooker as well so I could make the winning recipe, and this past weekend I did just that.

Why did I pick her submission as the winner? A few different reasons actually. First of all, I absolutely LOVE breakfast food. Second, it was fairly straightforward and didn’t require many ingredients. I’m all for trying new things, but no offense, I wasn’t about to go out and buy a ton of spices just to make the winning recipe.

Aside from that though the sausage and bacon in the breakfast casserole needed to be pre-cooked, which gave me an opportunity to try out the fact that the heating base of the slow cooker also doubles as a griddle.

You don’t even have to eat the dish like a regular casserole if you don’t want to. In the past 24 hours I’ve eaten one chunk with just a fork like you would with a normal casserole, I ate some more of it between two pieces of toast like a sandwich and then ate even more of it wrapped up in a tortilla with sour cream. Congrats Courtney! Your slow cooker is in the mail! 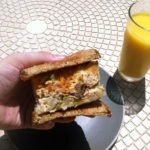 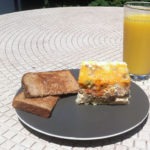 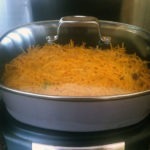 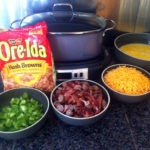 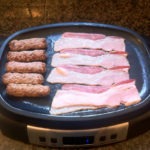 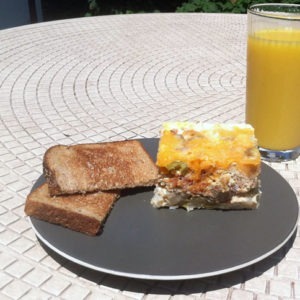